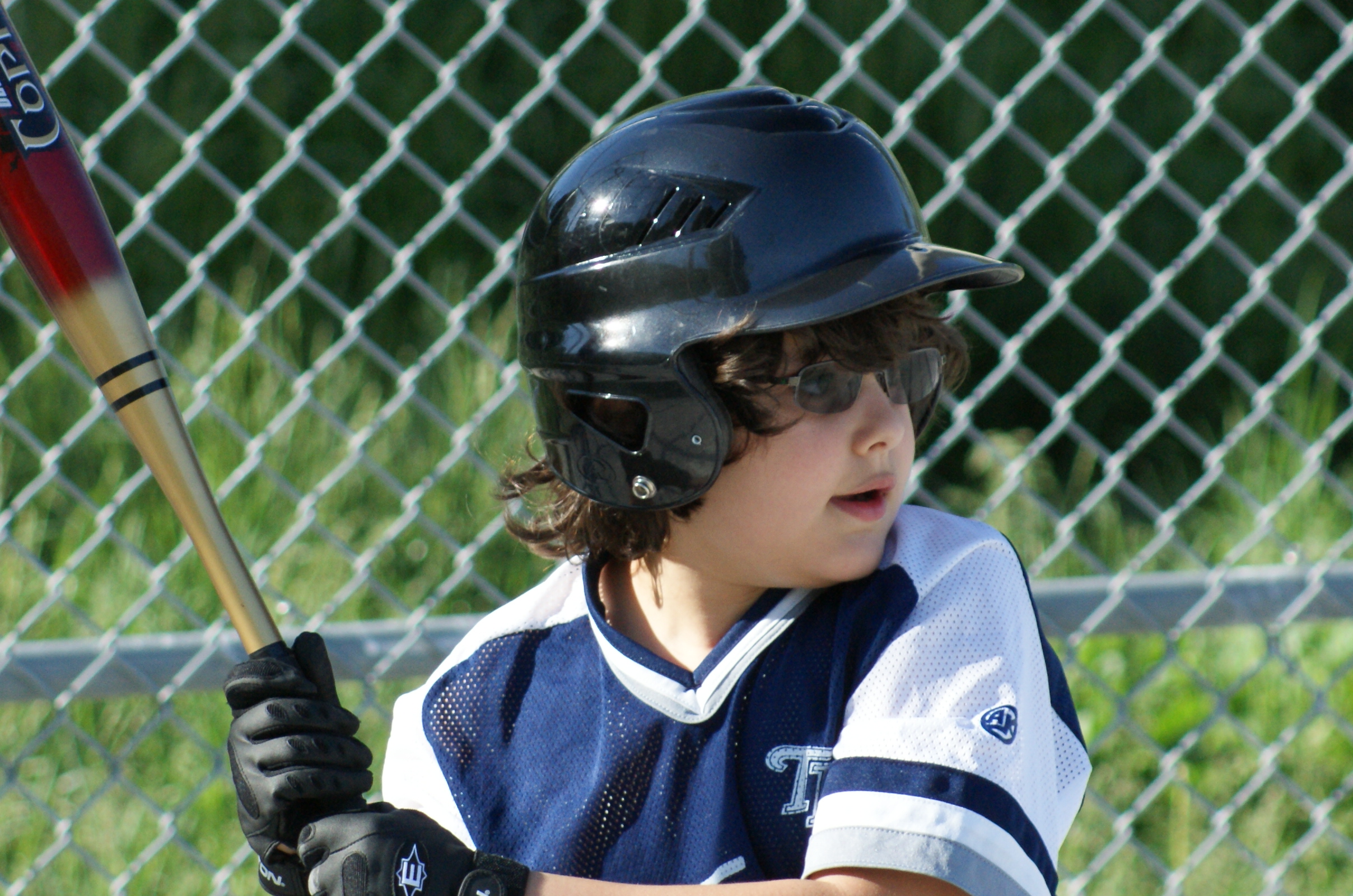 SUPER SLUGGER: Simon (15) of the Bobcats clubbed a two run home run in the first inning at Diamond # 2; Simon added a triple in his next at bat.

Amidst gusty winds and sunny skies, the teams in the Rookie Ball Division entered the second week of their regular season at Christie Pits like grizzled veterans.

In a hard fought cat stratch fever of a game on Diamond # 2, the Bobcats and Lions lit up the scoreboard with runs galore.

The highlight of the game was a spectacular two run homer hit by Simon (15) of the Bobcats in the top of the first inning. His shot to deep centrefield brought the fans in the bleacher seats to their feet in celebration and his Bobcat teammates out of the dugout to congratulate him. Later in the third inning, Simon added a triple to round out an excellent game in the batter’s box.

When the dust had finally settled on the basepaths, the official scorekeeper announced that the Bobcats and Lions had played to a tie.