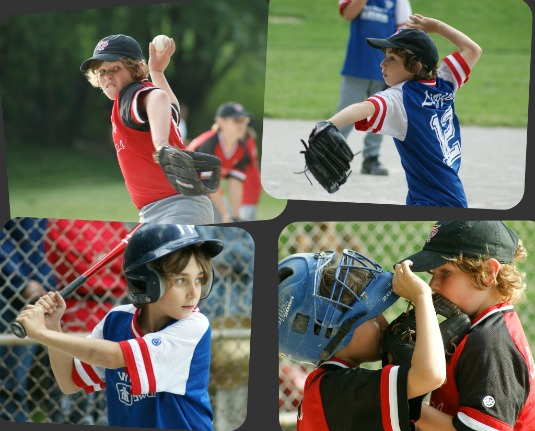 As gusty winds blew around the baseball diamond at Bickford South, the Lizzies rallied with four runs in the bottom of the fourth inning to tie the Cardinals 10-10.

With the Cardinals leading 10-6, the Lizzies used a disciplined and patient approach at the plate to mount their comeback as the Red Birds drew five walks; a single and a fielder’s choice in the inning.

With two outs and the Cardinals clinging to a 10-9 lead, the Lizzies had runners at third and second base. It was at this juncture when the Cardinals pitcher uncorked a wild pitch and Andrew (4) of the Lizzies alertly came home from third  and slid into home plate with the tying run.

The Lizzies had an opportunity for the victory when they loaded the bases. However, the Cardinals finally registered the third out on a strikeout and snuffed out the Lizzies rally.

On Diamond # 2, the swashbuckling Pirates neutralized the Giants 5-4 in four innings of play. The Bucs pitching corp of Nikolai, Max and Marcus stymied the potent Giants lineup by not allowing any runs in their innings pitched.

Meanwhile, at Diamond # 3, the Cubs hung on to edge the Dodgers 9-8. Arlo and Zachary of the Cubs hit respective clutch doubles in the game to power the offense. Arlo also pitched the final inning for the save as he held back a furious Dodgers rally.