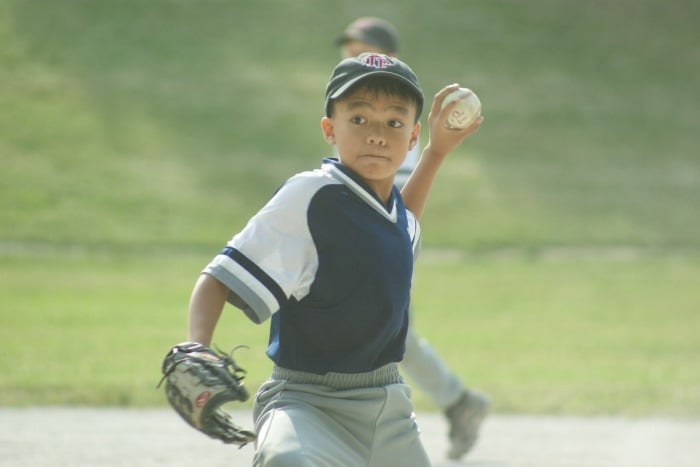 On a humid evening down at Bickford South, the Cubs clawed the Pirates 12-9 in an exciting Mosquito Division matchup between two longtime rivals.

Using a mixture of strong pitching and plate discipline, the  darlin’ Cubbies jumped out to an early 8-1 lead through 1½ innings.

However, the swashbuckling Pirates refused to raise the white flag of surrender and fought back with seven runs to tie the game 8-8 after three innings of play. Keys to the rally was the Bucs renewed sense of discipline at the dish on the offensive front and a stellar pitching effort by Marcus (14) in third inning which neutralized the potent Cubs offense. 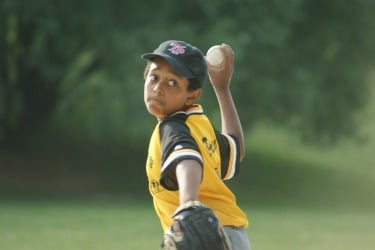 Marcus (14) of the Pirates pitched a scoreless third inning by striking out three Cubs.

In the top of fourth, the Cubs went for the jugular and made the Buccaneers walk the plank as they scored four runs to take a 12-8 lead.

John Eric (4) of the Cubs closed it out in the bottom of the fourth as the Pirates could only score one run in their rally attempt.

And another kudos to Marcus (14) of the Pirates for his one inning pitching effort. Despite loading the bases, Marcus pitched himself and the team out of a jam by allowing no runs and striking out three Cubs (1 IP; 0 ER; 0 H; 2 W; 3 K’s). Marcus also caught two innings went 1 for 3 at the plate with a run scored and a run batted in.

Meanwhile, on Diamond # 2, the Dodgers dodged the Cardinals 12-10. The score from the Giants and Lizzies game at Diamond # 3 was not available as this posting went to press.