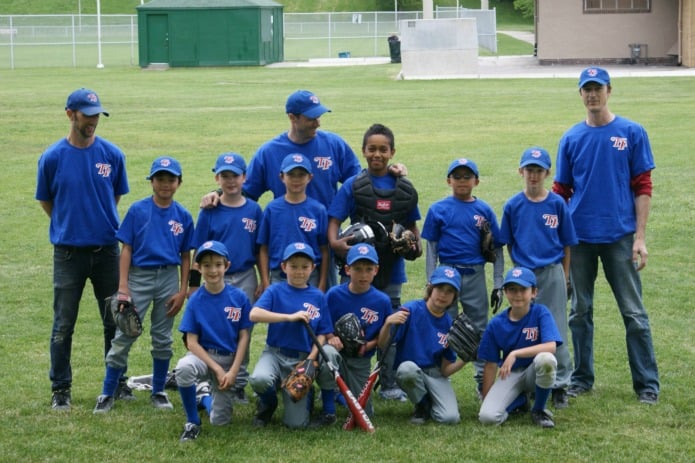 The journey into the tourney came to an end for the Toronto Playgrounds Mosquito and Bantam Select Teams at the West Toronto Loop Tournament this evening.

With the two losses, the Mosquito Selects (1-2) were eliminated from the playoffs under the double knockout rules of the tournament.

The Mosquito Selects were leading both games 4-2 after 2 ½ innings. However, the wheels fell off both times as Weston and Bloordale stormed back with a vengeance.

Despite the early exit from the tournament, TP Mosquito Select Coach Michael Godel was pleased with the effort that the team exhibited and was also gracious in defeat.

“The (Mosquito Select) players played really well; with tremendous heart, enthusiasm and respect for the game,” said Coach Godel. “The Weston and Bloordale players were really fun to play against…kudos to their coaches.”

Meanwhile, the Toronto Playgrounds Bantam Selects rebounded from a disappointing loss on Friday evening to win their early Saturday morning game 7-5 against Martingrove at the West Toronto Bantam Loop Tournament at Carmen Bush.

However, the Bantam Selects fell to Royal York (2) 13-0 on Saturday evening.

As a result, Toronto Playgrounds (1-2) was eliminated from the playoff under the double knockout rules of the tourney.