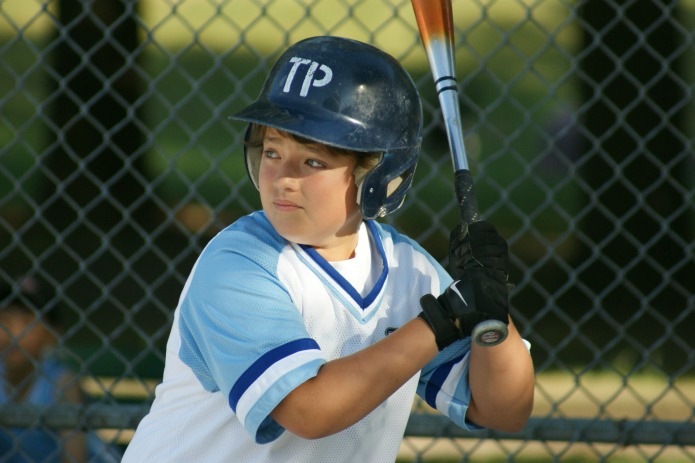 Dylan (6) of the Jays powered the Blue Birds to victory with a 3 RBI evening at the plate.

In an exciting Peewee Division game on Diamond # 2 this evening, the Jays defeated the Royals 12-10 in four innings. 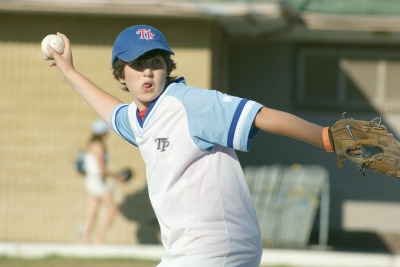 Sam (5) of the Jays pitched a strong first inning in setting the tempo for the Blue Birds eventual victory.

The Jays jumped out to an early 4-1 lead in the first inning.

Anchoring the Jays in the first was a stellar pitching effort by Sam (5) who neutralized the potent Royals batting order. Sam also delivered a clutch hit later in the game to spark a Jays offensive outburst.

Powering the Jays offence was a 3 RBI effort at the plate from Dylan (6).

In the third inning, the Royals gamely scored two runs to cut into the deficit. However, the Jays kept up the pressure and eventually generated enough of a run cushion to ensure their win.

Both the Jays and Royals were playing on Wednesday evening as a result of electrical circuit failure that did not allow the lights to illuminate on Tuesday evening in the 7:45 p.m. nightcap game.