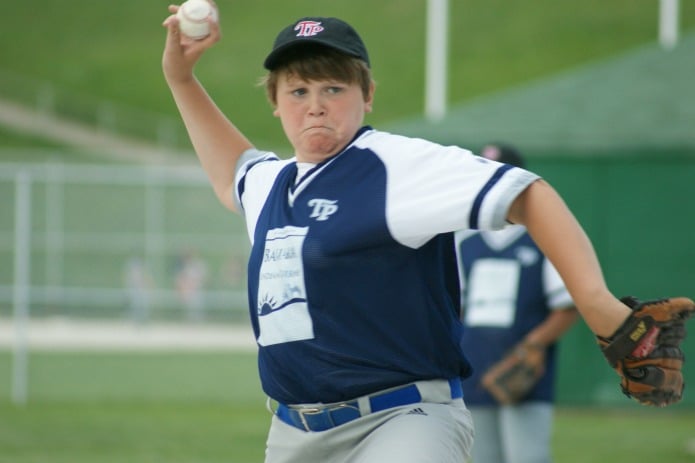 In an exciting Peewee Division round robin showdown at Diamond # 2 tonight, the Royals edged the Red Sox 16-15 in five innings. 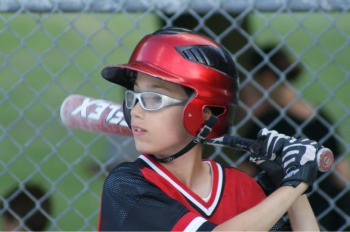 Cooper (8) of the Red Sox had a great performance on the pitching mound and at the plate.

The Royals (2-0) pitching brigade neutralized a potent Red Sox lineup through four innings by limiting them to six runs. Keying the effective pitching effort was Reid (15) who pitched a scoreless 1-2-3 third inning.

This allowed the Royals offence to slowly build a lead as they scored sixteen runs over five innings to take a 16-6 lead.

However, the Red Sox (0-2) refused to wave the white flag of surrender and staged a furious and tenacious comeback in the bottom of the fifth.

Using a combination of timely hitting and aggressive baserunning, the Red Sox scored nine runs to trim the deficit to one.

With two outs and Cooper (8) of the Red Sox on third base with the tying run, David (8) of the Royals closed out the game by striking out the final Red Sox batter.

Kudos to Cooper (8) of the Red Sox who had a great performance both on the pitching mound and at the plate.

Additional kudos to Naiemul (3) of the Royals for his bases loaded double to the fence and to Jacob (14) of the Royals who extended his on base streak to seven.

(after 6 of 15 Round Robin Games Played)