IN A TENSE THRILLER, THE WHITE SOX HANG ON TO EDGE THE EXPOS 7-6 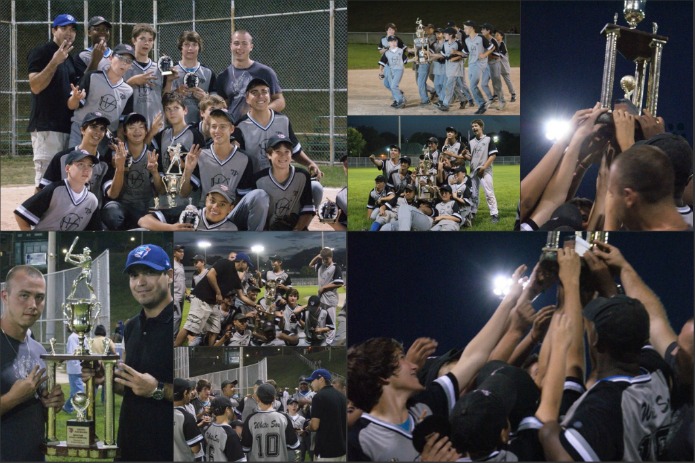 It was an edge of your seat thriller of  a Bantam Championship Game as the White Sox hung on to edge the Expos 7-6 to ‘threepeat’ as TP Bantam Division Champions.

Using an elixir of strong pitching and opportune offence, the White Sox had constructed a 7-3 lead through five innings of play.

However, a tenacious Expos team refused to wave the white flag of surrender and gamely staged a three run rally in the top of the sixth to cut the deficit to one.

With Expos baserunners at second and first and hanging onto a slim 7-6 lead, Adrian (15) of the White Sox closed out the game by striking out the last Expos batter.

Both Bantam finalists took tough roads to advance to the championship round. The Expos edged the Lizzies 15-14 on Saturday night. Meanwhile, the White Sox edged the A’s 3-2 in a thriller on Sunday morning to reach the final.