WITH SEMI-FINAL WIN, YANKEES ADVANCE TO A PEEWEE CHAMPIONSHIP SHOWDOWN AGAINST THE ROYALS 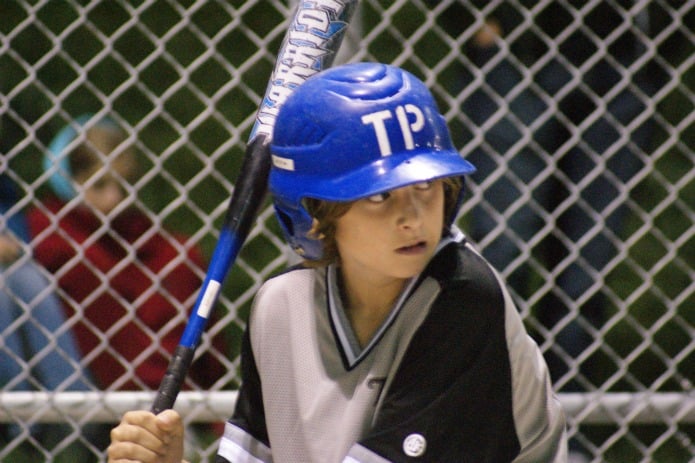 In a cool and breezy Peewee Division semi-final game at Diamond # 2 tonight, the Yankees defeated the Orioles 14-9 in six innings to advance to the Peewee Championship Game against the Royals (1). 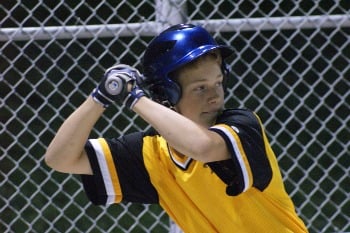 Davey (15) of the Orioles hit a towering three run home run over the fence in left field in the top of the sixth inning.

The Yankees (3) used an elixir of stellar pitching, solid defense, plate discipline and timely hitting to beat the Orioles (2).

In progressive stages, the Yanks made the most of their opportunities in building their lead (6-2 after two innings; 7-3 after three and 10-5 after five). In fact, the patient Yankees batting order drew eight walks and pounded out thirteen hits (four doubles).

The Yankees pitching brigade of Michael (3); Jacob (5) and Cameron (10) combined to limit a potent Orioles batting order to only five runs through five innings. The troika allowed only nine hits, five walks and struck out seven.

Additionally, the Yankees pitching crew was backed up by some solid defense. One highlight was first baseman Malcolm’s unassisted double play in the bottom of the first where he snared a sizzling liner off the bat of Patrick (10) of the Orioles and had the wherewithal to step on bag at first to double off Iain (4) of the O’s who had prematurely ran to second.

Trailing by nine runs in the top of the sixth, the Orioles punched across four runs to trim the deficit to five. The highlight was a majestic three-run home run by Davey (15) of the Orioles which cleared the Dominico Field (a.k.a. Diamond # 1) fence in left field.

Despite being roughed up, Cameron of the Yankees eventually struck out three Orioles to close out the game.

The Yankees will play the Royals on Thursday evening (September 15) at Diamond # 2 in the Peewee Championship Game.

PLEASE NOTE THAT THE PEEWEE CHAMPIONSHIP GAME HAS BEEN RESCHEDULED TO START AT 7:15 P.M.

If the weather is questionable, parents and players are strongly advised to check either Twitter (@TPbaseballnews); the Twitter Sidebar on the main page of our website or the TP Hotline (416-392-1914, Press 4) at 6:15 p.m. for the latest weather update concerning the status of your game.

If we’re not able to play the Peewee Championship Game on Thursday, it will be rescheduled for Friday, September 16 at 7:15 p.m (Diamond # 2).