IN UNDOUBTEDLY THE BEST PEEWEE FINAL EVER, THE YANKEES TOP THE ROYALS IN THE EIGHTH INNING 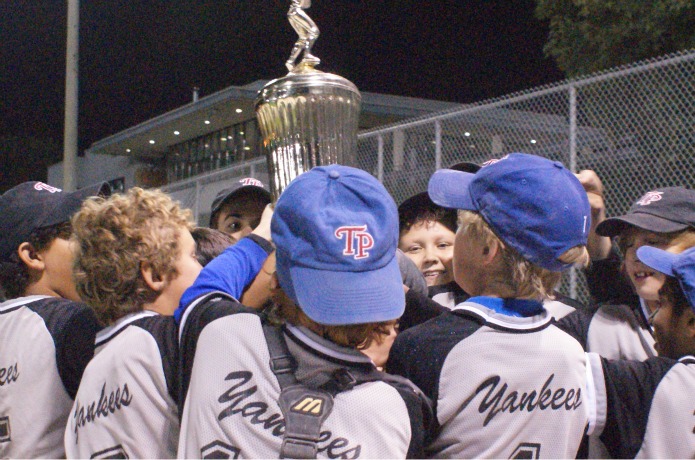 In a spectacular Peewee Final played tonight at Diamond # 2, the Yankees prevailed 8-6 over the Royals in the eighth inning to win the Toronto Playgrounds Peewee Division Championship.

The game was electric from start to finish as two equally balanced teams battled tooth and nail to capture the prize under very chilly conditions at Christie Pits. This Peewee Final was one for the ages and will undoubtedly go down in the annals of TP Baseball history as one of the best games ever played. 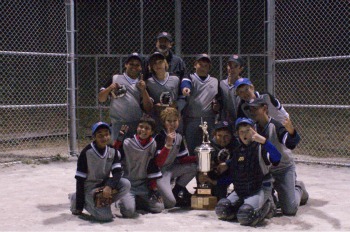 Even though the boxscore will show that the Yankees (3) had prevailed over the Royals (1) in the second extra inning, it was crystal clear that both teams emerged as winners at the end of the proceedings for the way they played.

Both teams played with passion, grit, fun and determination and ultimately gave it their all over eight innings and left everything they had on the field of play. No need for any player to hang their head down. In the end, the Yankees and Royals displayed a genuine respect for the game and life itself that is immeasurable.

Trailing 5-4 after 5 ½ innings, the Royals gamely rallied for a run in the bottom of the sixth to tie the score. Key play > With the bases loaded and two outs, David (8) of the Royals delivered a clutch single to bring home Kieran (11) from third with the tying run.

With the bases still juiced and two outs, Yankees pitcher Cameron (10) dug deep into his reserves and gamely struck out the next Royals batter to close out the sixth and force extra innings.

In the top of the seventh, the Yankees proceeded to loaded the bases. With one out, Justin (2) hit a fielder’s choice to short which allowed Matthew (13) to come in with the go ahead run.

With the score 6-5; two outs and the bases loaded, Royals pitcher Simon (1) bore down and struck out the next Yankees batter to close out the top half of the seventh.

However, the Royals rallied once more in the bottom of the seventh. Leadoff hitter Anthony (13) got on base after he was hit by a pitch and eventually advanced to third on a pair of stolen bases. With one out, Kieran (11) hit a 4-3 sacrifice which brought Anthony home to tie the game at 6-6.

With two outs, Justin (5) of the Royals hit a triple to put the potential winning run at third. However, with the game on the line, Yankees pitcher Jacob (5) rose to the occasion and struck out the next Royals batter to force a second extra inning. 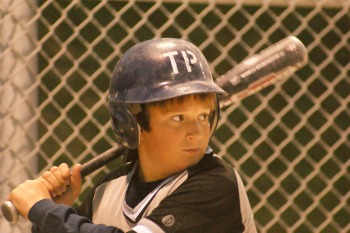 Wyeth (8) of the Yankees delivered the game winning RBI in the eighth inning.

After two outs in the top of the eighth, Jacob (5) of the Yankees drew a walk and eventually reached third on a pair of stolen bases. It was at this juncture that Wyeth (8) delivered a clutch single which brought Jacob home with the go ahead run.

Leading 7-6, Wyeth advanced to third on a pair of stolen bases. Ben (12) hit a clutch single that brought Wyeth home with an insurance run.

With two outs, Royals pitcher Reid (15) took a hard hit liner on his chest off the bat of Matthew (13) of the Yankees. Even though he was visibly in discomfort, Reid had the wherewithal to pick up the ball and complete a super 1-3 putout to close out the top half of the eighth.

However, in the bottom of the eighth, the tenacious Royals refused to quit and  made another determined effort to rally.

Simon (1) of the Royals led off the inning with a slashing fly ball to left field which he attempted to stretch into a double. However, Yankees left fielder Matthew (13) made a super defensive play when he retrieved the ball and threw a direct strike to second baseman Ben (12) who applied the tag in a close play at second base for the putout.

With one out, Reid (15) of the Royals lined a deep fly ball to the gap in left centre. However, Matthew (13) rose to the occasion and came up with a spectacular catch to rob Reid of a sure hit.

Ahead 8-6 and with two outs, Yankees Pitcher Jack (1) closed out the game and the championship victory by getting the final Royal to hit into a 1-3 putout.

In a game filled with so many great plays by both teams, one cannot stop marvelling at the spectacular defensive play  by Royals centrefielder Naiemul (3) in the top of the sixth.

With one out, Jacob (5) of the Yankees hit a powerful shot to DEEP centrefield. With his back to the infield and in ambient light near the centrefield fence, Naiemul made a Willie Mays over the shoulder catch to rob Jacob of a sure fire hit.

Please click on the link below to view more pictures from the Yankees Championship Celebration: