WITH 57 GAMES COMPLETED, ONLY ONE GAME REMAINS TO BE PLAYED IN THE 2011 TP TOURNAMENT 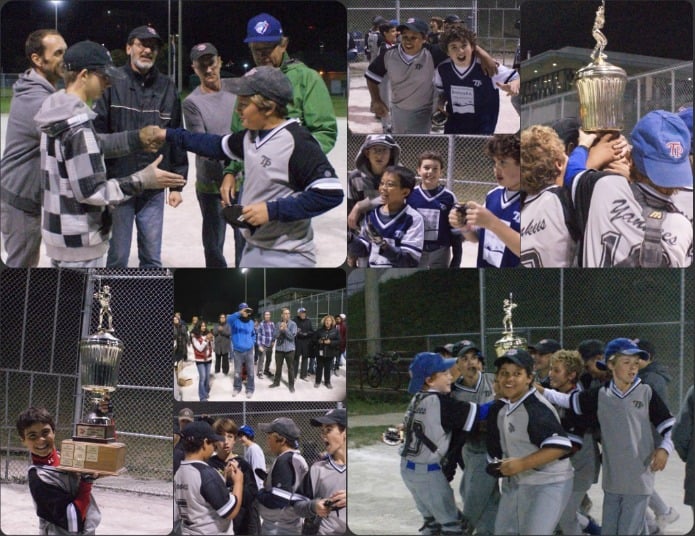 The annual tournament to wrap up the season is a baseball lover’s delight with a cornucopia of games from four age divisions being played over four diamonds at Christie Pits and Bickford Park over the course of ten (plus two) days (weather permitting).

PLEASE NOTE THAT THE MIDGET CHAMPIONSHIP GAME WILL BE PLAYED TOMORROW (Saturday, September 17, 2011) AT DIAMOND # 1 @ 12 NOON.

If the weather is questionable for tomorrow’s Midget Division Final, parents and players are strongly advised to check either Twitter (@TPbaseballnews); the Twitter Sidebar on the main page of our website or the TP Hotline (416-392-1914, Press 4) at 11:00 a.m. for the latest weather update concerning the status of your game.

Only 1 game remains! Come on down to the ballpark and savour ‘September Madness’ before it ends!