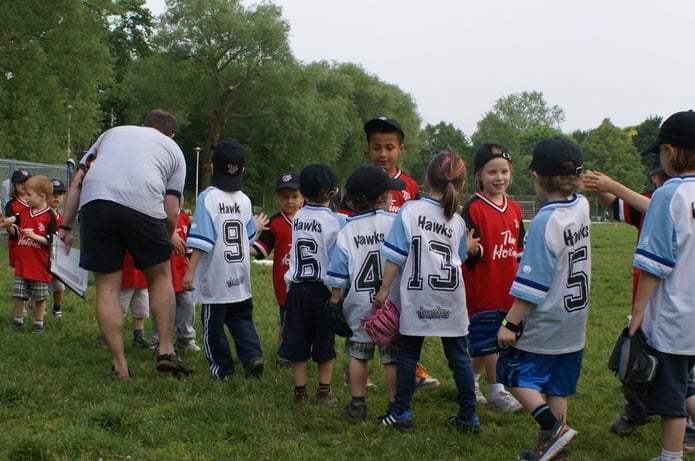 The Falcons and Hawks celebrate a good game with some post game congratulations at the Bickford Park North Diamond.

Underneath hazy and humid skies at the Bickford North diamond, it was only fitting that two of of our historic Tee Ball Division teams innaugurated the beginning of the 2012 Toronto Playgrounds House League Baseball Season.

Taking flight with unbridled aplomb, the Falcons and Hawks battled tooth and nail for two intense innings before a full house of enthusiastic family and friends. Both teams put on an offensive display worthy of a Victoria Day fireworks show.

When the dust had finally settled on the basepaths, the official scorekeeper announced that the Falcons and Hawks had played to a tie.

A fitting conclusion to a game that was well played by both teams.