WITH ALL PLAYERS IN SYNC AS A TEAM, TORONTO PLAYGROUNDS EARNS FIFTH VICTORY OF THE EBA SEASON 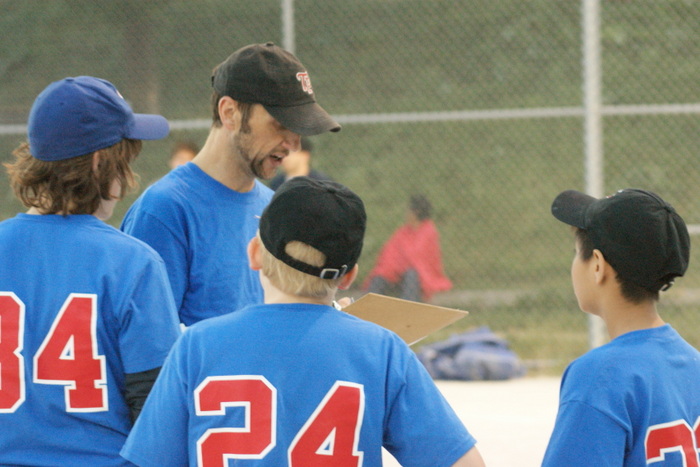 With all players in synchronization as a team, the Peewee Selects played a disciplined game both offensively and defensively.

Stellar TP pitching contributions from Keegan (44), Davey (9), John (33), Luke (1) ans Simon (5) set the tone for the game and was a key factor in the win. Even though closer Simon got roughed up with a couple of runs in a sixth inning Rexdale rally attempt, he dug into his reserves to strike out the last batter to end the game.

The Peewee Selects were blessed again with some solid defense in their triumph. Great plays were executed by Davey 99) and Eamon (31).

Every player made a contribution in the offensive ledger as TP built their lead. Key hits came from Luke (1) and David (13).

“Everyone was contributing again. This team really plays like a team and that is all I can ask for as a coach.”

The Peewee Selects (5-1) play their next game at Ravina Gardens against Annette on Wednesday, June 20 at 6:15 p.m.