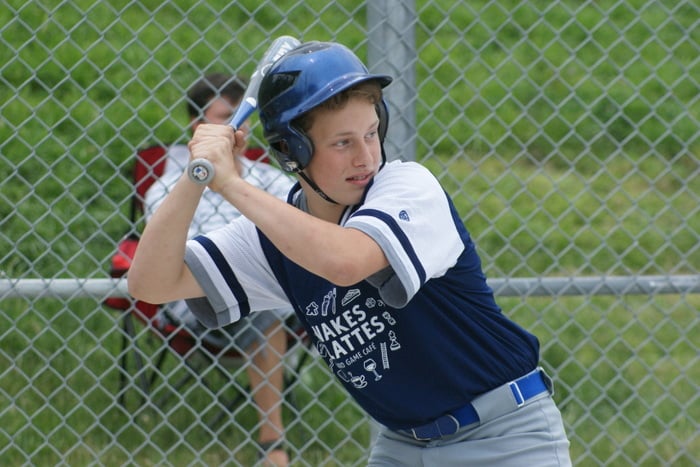 ROYAL POWER > Davey (5) of the Royals had a two home run and three RBI game against the Lizzies at Christie Pits Diamond 2.

On a humid evening down at Christie Pits Diamond 2 this evening, the Lizzies defeated the Royals 10-6 in four innings of Peewee Division play. 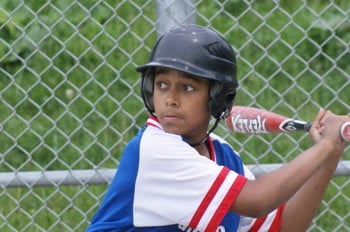 Marcus (9) had another great all around game for the Lizzies.

The Lizzies maximized the offensive opportunities that were presented to them as they managed to score ten runs on only three hits during the proceedings.

The Lizzies also received another strong all around effort from Marcus (9) on the mound, behind the plate, and at bat.

The Royals offense was powered by two home runs slugged by Davey (5), who also had three runs batted in.

Royals catcher David (2) had a strong game behind the dish and Beca (6) made a great defensive play at second base.