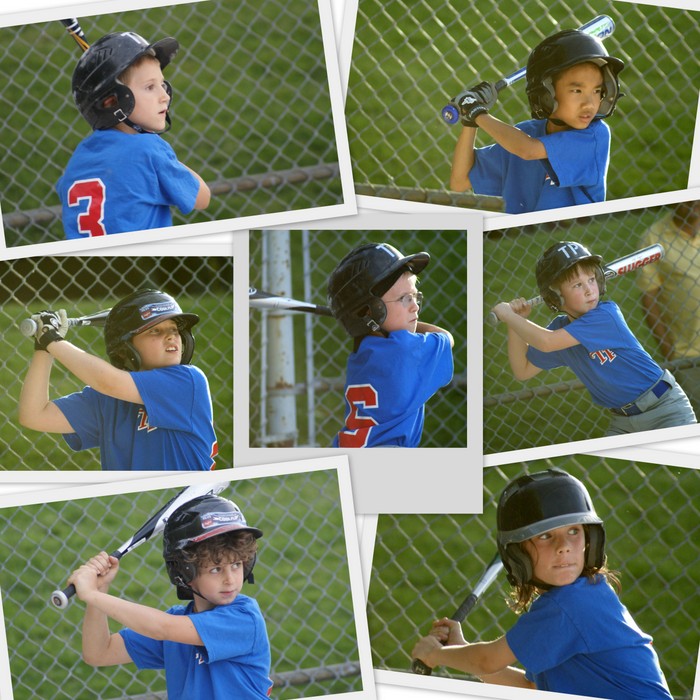 After a taking a two week break from the EBA Select circuit, the Rookie Ball Selects were clamoring to resume regular season action.

An enthusiastic Rookie Ball Select team kept the game close in the early stages as Martingrove only had a 5-1 lead after two innings. TP was the beneficiary of some outstanding hitting in the first inning by Eli (3), who led off with a double. Tyson (12) delivered an rbi that allowed Eli to come home.

TP also played well in the field as Lachlan (13) made a superb catch in centre field to end the top half of the second.

The Martingrove offense roared to life in the top of the third as they scored six runs to widen their lead to 11-1.

However, the “Mighty” Quinn (7) led off the bottom of the third with a triple for the Rookie Ball Selects. Piper (15) delivered an rbi that brought Quinn homeward to trim the deficit to nine.

A determined TP squad limited Martingrove to one run in the top of the fourth with some good defense. Tyson (12) ended the inning on an unassisted double play at second.

Trailing 12-2, the Mosquito Selects rallied for another run in the bottom of the fourth. Oskar (6) led off with a double and came in to score with an rbi from Aaron (2). The rally was shortlived as the Martingrove defense executed some timely plays to close the inning.

In the top of the fifth, Martingrove put the pedal to the medal and scored eight runs to increase their lead to 20-3.

Refusing to surrender, TP continued to battle in the bottom of the fifth as they recorded another run on the scoresheet. Lachlan led off the inning with a double, and came around to score with a rbi from Isaac.

Despite the result, Rookie Ball Select Head Coach Bill Evans continues to be impressed with his team’s  positive attitude, enthusiasm, and continued improvement up and down the lineup.

“The score did not indicate the quality of the game. Once again, the team played with composure and enthusiasm. We continue to see timely hitting, good base running and some excellent plays in the field. TP was beat tonight by the long ball from an experienced hitting Martingrove squad. The Rookie Ball Selects are looking forward to hitting the diamond on Friday to practice defensive coverage and cutoffs.”

The Rookie Ball Selects (0-5) will host Bloordale at Christie Pits Diamond 3 in their next scheduled game on Tuesday, June 26 at 6:30 p.m.