FIRING ON ALL CYLINDERS, TORONTO PLAYGROUNDS CRUISES TO SIXTH WIN OF THE SEASON 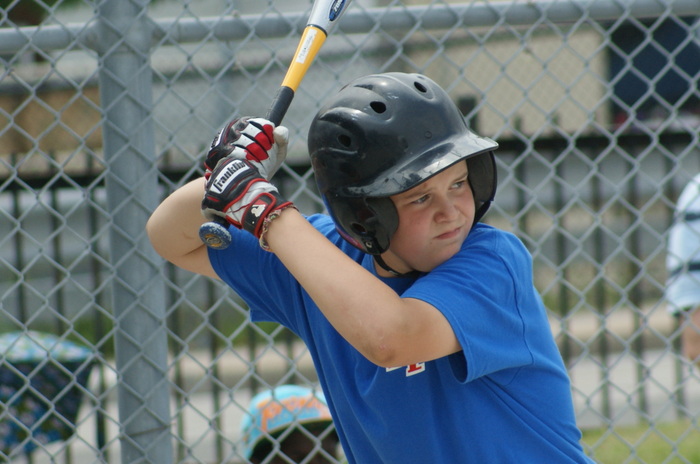 GREAT AT BAT > With the bases loaded, Reid (17) fouled off nine pitches before slugging a bases clearing triple against Annette.

On a humid evening at Ravina Gardens tonight, the Toronto Playgrounds Peewee Select team steamrolled over Annette 29-0 in five innings to win their sixth game of the EBA Select Loop regular season .

The Peewee Selects were full measure for the victory as the entire team was firing on all cylinders in every facet of the game.

Kudos to Reid (17), who had an incredible at bat. With the bases loaded, Reid fouled off nine pitches before delivering a bases clearing triple.

In a postgame media scrum, Peewee Select head Coach Rob Ball was ecstatic about his team’s effort against Annette.

“Great game by the fellas, who have a great time with each other, and it shows on the field.”

The Peewee Selects (6-1) play their next game on Wednesday, June 27, when they host Bloordale at Christie Pits Diamond 2 at 8 p.m.