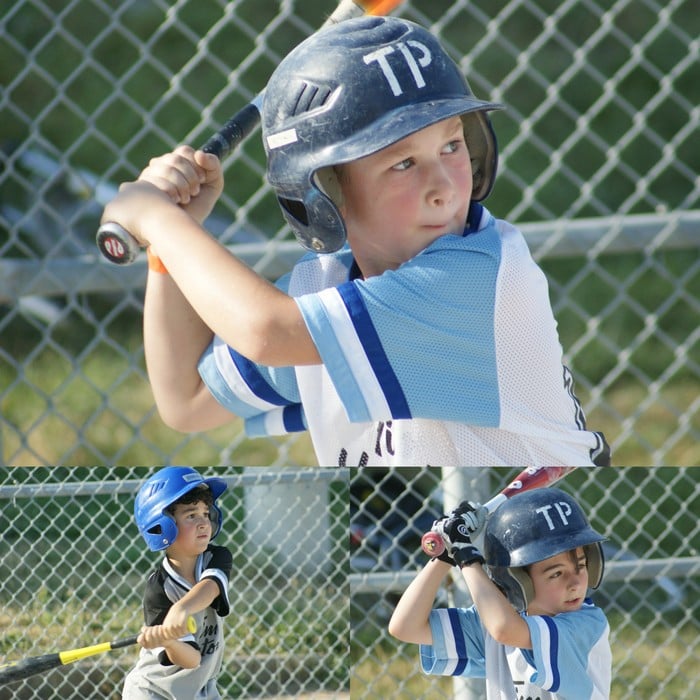 Underneath a thick blanket of humidity at Christie Pits Diamond 2 this evening, the Jaguars and Tigers faced off in a cat stratch fever Rookie Ball Division battle royale of feline proportions.

The offensive fireworks from both teams continued with heated ferocity for three innings as the capacity crowd in attendance roared its enthusiastic approval. The big offensive explosions by the Jaguars and Tigers were puctuated by four home runs delivered by three players.

Kudos to Lachlan (12) of the Jaguars who hit TWO home runs during the game. His first homer was a three run shot in the top of the first. However, Lachlan’s piece de resistance was his solo home run to lead off the top of the third. The power and trajectory of his shot into left field was so potent that the ball bounced once and went over the fence at Dominico Field (a.k.a. Diamond 1). TP Umpire Joel Scott was so impressed with the hit that he immediately ruled it a home run.

Additional kudos to Isaac (1) of the Jaguars who hit a two run home run in the top of the first after Lachlan’s first homer; and to Ernesto (13) of the Tigers who clubbed a three run homer in the bottom of the second.

And when the dust had finally settled on the basepaths and catnip was dispensed to restore a modicum of order, TP Umpire Joel Scott declared that the Jaguars and Tigers had played to a tie.