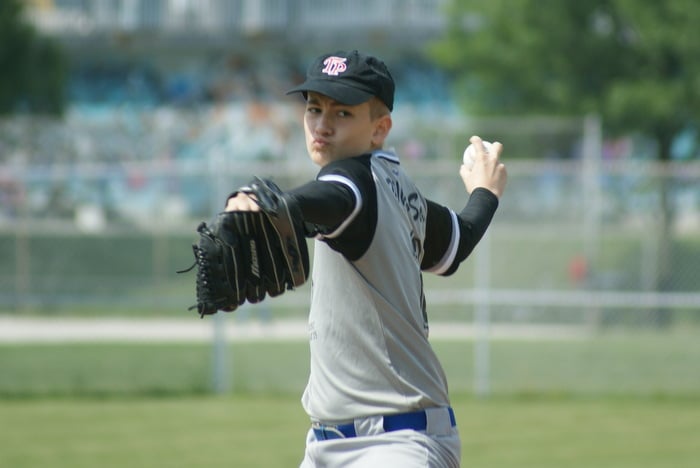 Under cloudy skies at Dominico Field at Christie Pits this evening, the White Sox trumped the Expos 9-5 in four innings of Bantam Division play.

Kieran of the White Sox went 2 for 2 at the plate with a clutch two run double that shifted the momentum in his team’s favour.