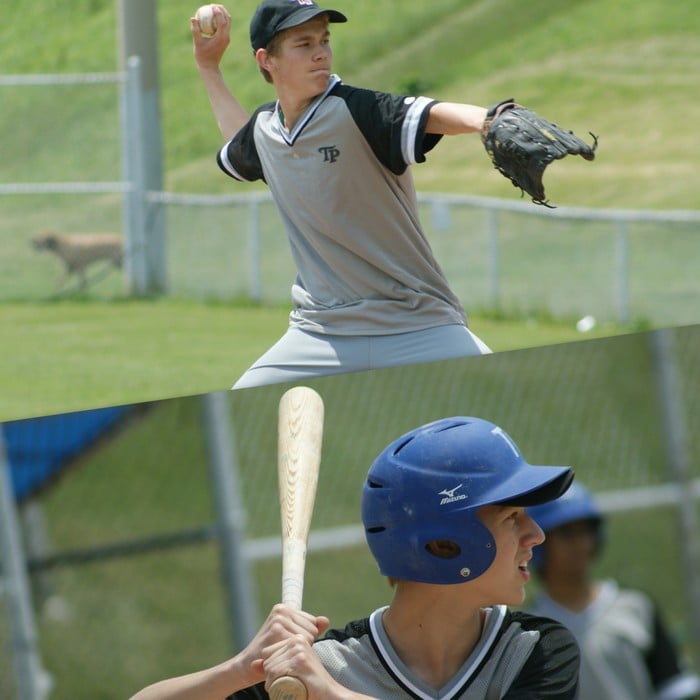 Top to bottom: Homesteads pitcher Oliver (11) threw a strong inning against the Lizzies; Rory (12) of the Homesteads scored two runs in the victory.

Amidst a relaxing summer night sky at Dominico Field at Christie Pits this evening, the Homesteads doused a valiant final inning rally by the Lizzies to win 11-9 in four innings of Midget Division play.