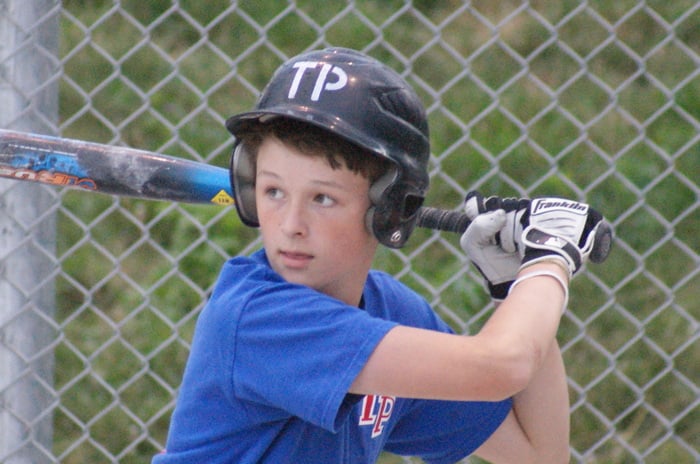 Sam (34) hit an electrifying bases loaded triple at Pelmo Park that powered Toronto Playgrounds to their tenth regular season victory. According to TP Peewee Select Assistant Coach David Hammond, Sam’s triple “bounced out of the park” and “it would have been a certain home run if the park was bigger.”

On a warm and humid evening within the confines of Pelmo Park tonight, the Toronto Playgrounds Peewee Select team defeated Weston 10-3 in five innings to win its tenth game of the EBA Select season.

As they have been doing all season long, the Peewee Selects continue to play as a cohesive unit. Once again, TP used an elixir of stellar pitching, solid defense, and opportune offense to emerge victorious.

“Once again, everybody hit and played with great confidence in the field. These guys are not afraid to make plays now. They don’t worry about mistakes. They have confidence in themselves and each other. It’s great to see.”

The Peewee Selects (10-1) play their next game on Wednesday, July 25 when they visit Queensway Park to play Royal York 1 at 6 p.m.