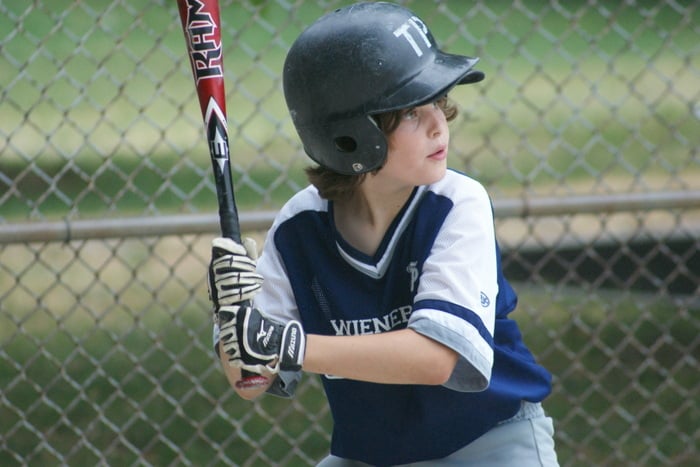 Beneath cloudy skies at the Bickford Park Nature Reserve this evening, the Cubs powered their way to a 9-1 victory over the Lizzies in four innings of Mosquito Division action. 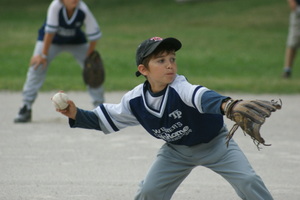 Cubs starter Joshua (10) threw a scoreless first inning while striking out one Lizzies batter. Joshua also hit a majestic triple in the fourth.

Firing on all cylinders, the Cubbies used a combination of solid pitching, air tight defense, and strong offense to subdue the Go Go Lizzies.

The Cubs roared out of the woods in the top of the first with three runs. After Adam (2) tripled and Angus (1) walked to lead off the inning, Max (7) stroked a one out, two RBI double to bring them home. Subsequently, Max advanced to third on a stolen base and stole home on a Lizzies pickoff attempt.

Assisted by two great defensive plays from his first baseman, Cubs starter Joshua (10) threw a strong bottom of the first, where he kept the potent Lizzies off the scoresheet with a strikeout.

The Cubs offense continued their ferocity in the top of the second as they scored four runs to widen their lead to 7-0. With no outs and the bases loaded, Max delivered a clutch three RBI triple to bring Adam, Angus and Jake (14) homeward bound. Another Lizzies pickoff try allowed Max to steal home again. 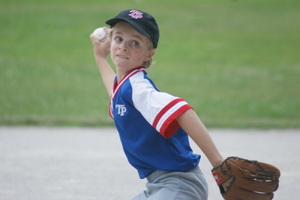 In the bottom of the second, the Lizzies battled back with one run to trim the deficit to six. Sam (7) led off the inning with a walk and immediately stole two bases. Sam came home on a Cubs error.

However, Cubs reliever Angus (1) eventually doused the Lizzies threat. With one out and a runner at second, Angus cooly enticed the next Lizzies batter to lineout to the shortstop to begin a 6-4 double play.

The Cubs answered back with a run in the top of the third to widen their lead to 8-1. Solomon led off the inning with a double and proceeded to steal third. Number 15 of the Cubs followed up with a RBI sacrifice hit to allow Solomon to score. However, Lizzies reliever Jeremy (8) limited the damage and kept his team in the game by surrendering no further runs while fanning two Cubs.

Cubs reliever Solomon (4) threw an efficient 1-2-3 bottom of the third as he allowed no runs while striking out two Lizzies.

The Cubs added an insurance run in the top 0f the fourth to widen their lead to 9-1. Jake delivered a one out single and immediately stole two bases. Jake came motoring home on a unsuccessful Lizzies pickoff attempt. Lizzies reliever Jeremy pitched another strong inning by limiting the Cubs to a run while mowing down two.

With their backs against the cave, the Lizzies refused to surrender in the bottom of the fourth, as they gamely led off the inning with two walks. With two runners on, the Lizzies coaching staff gave their base runner at second the green light to steal third. However, Cubs catcher Angus threw a laser strike to his third baseman, who cooly applied the tag on the Lizzies baserunner to record the first out. Subsequently, Cubs closer Max (7) recorded two strikeouts to seal the deal.