FIRING ON ALL PISTONS, ROYALS PULL AWAY FOR THE VICTORY AT CHRISTIE PITS DIAMOND 2 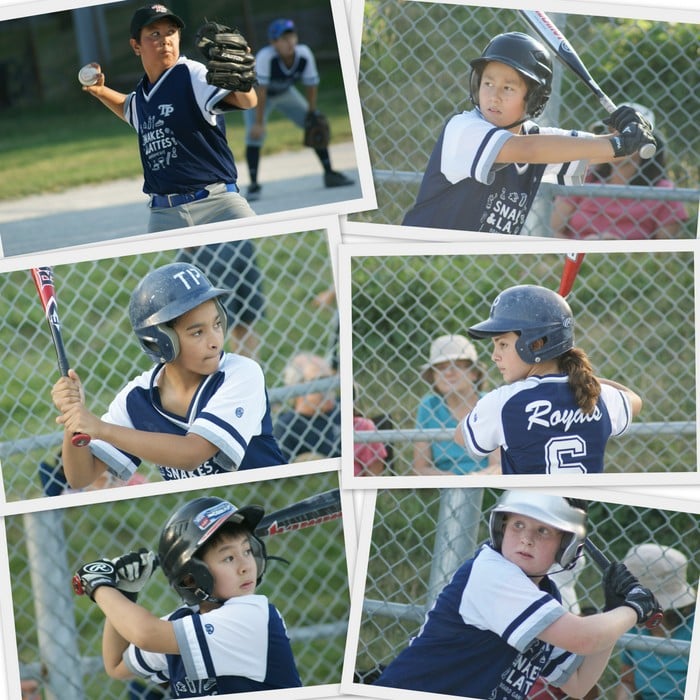 Beneath sunny skies at Christie Pits Diamond 2 this evening, the Royals grounded the Jays 10-5 in 4 ½ innings of Peewee Division action. 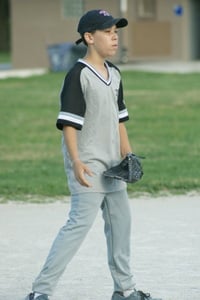 In a battle between two well balanced teams, the game was a close and entertaining seesaw affair for two and a half innings. In the end, the Royals pitching and defense came to the forefront and stifled the Jays in the final innings, as the Royals made the most of their offensive opportunities to emerge victorious.

The Jays offense took flight in the top of the first to score three runs and soar ahead 3-0. With one out and two runners on base, Lukas (7) stroked a RBI single to bring Adam (5) home with the opening run of the game. Sajith (8) followed with a RBI single to bring in Ben (4). Jacob (11) delivered a sacrifice hit which allowed Lukas to come home.

In the bottom of the first, the Royals answered back with four runs to take the lead. Leading off the inning, Evan (12) gamely took one for the team, as he was hit by a pitch. After advancing to third on a pair of stolen bases, Evan came motorin’ home with the Royals first run on a dropped third strike to Magnus (9).

Trailing 4-3, the Jays fought back with a run in the top of the second to tie the game. Luke (10) led off the inning with a walk and advanced to third on two stolen bases. Luke came home with the tying run on a Jays error. Shaken, but not stirred, Royals reliever Evan (12) regained his composure and steely focus on the mound to limit the potent Jays offense to only one run while striking out one. 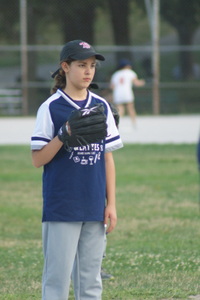 Royals second baseman Beca (6) cooly vacuumed up a hot shot in the fourth to initiate a superb 4-3 put out.

The Royals scored one run in the bottom of the second to retake the lead. After a one out single by John, Eamonn (3) delivered a clutch RBI double to bring John homeward bound. Assisted by two super 6-3 defensive put outs by shortstop Lukas, Jays starter Adam (5) limited the Royals to one run in the inning, while striking out one.

Making his Peewee Division pitching debut in the top of the third, Royals reliever Eamonn (3) threw a stellar inning by allowing no runs while striking out two Jays to preserve their 5-4 lead .

Leading by a slim one run margin, the Royals exploded for four runs in the bottom of the fourth to surge ahead 9-4. With one out, Roberto singled and advanced to second on a Jays error. In deja vu fashion, Evan was hit by a pitch again. After a successful double steal, Roberto came blazing home on a Jays error.

Subsequently, Magnus drew a walk and John was hit by a pitch to load the bases. At this juncture, Beca delivered a clutch 2 RBI double to bring in Evan and Magnus. After a walk to Eamonn reloaded the bases, Griff drew a walk to bring in John with the final run of the inning.

The Jays fought back with a run in the top of the fourth to trim the deficit to four. Mark (3) led off the inning with a walk, and promptly stole two bases to reach third. Adam delivered a sacrifice hit to bring Mark home. However, a workmanlike pitching effort by Royals reliever Victor (11) curtailed the Jays rally attempt as he limited them to only run.

Victor was also helped out by two all star defensive plays from his Royals teammates. On the first, second baseman Beca cooly vacuumed up a hot shot off the bat of  Adam of the Jays, and threw a laser strike to first baseman Evan to record the first out of the inning in a close play at first. On the next play, Royals shortstop Magnus corralled a sharply hit ground ball off the bat of Chae Won (9) of the Jays, and threw a missile to first baseman Evan for the second out.

The Royals added an insurance run in the bottom of the fourth to widen their lead to 10-5. Victor led off the inning with a triple. Victor zoomed home in a cloud of dust on a wild pitch by the Jays. However, Jays reliever Ben (4) threw a strong inning by limiting the Royals to a run with two strikeouts.

With their backs to the wall and the jaws of defeat staring them in the face, the Jays gamely began a rally in the top of the fifth by garnering a pair of one out walks. But, Royals pitcher Eamonn struck out the next two Jays to seal the deal and also pick up the win.

EXTRA INNINGS: Kudos to Beca (6) of the Royals for going 2 for 3 at the plate (single, double) with 3 RBI’s and a run scored. Beca also initiated a superb 4-3 defensive put out in the fourth when she was manning second base like a Kirby vacuum cleaner; Kudos to Royals pitcher Eamonn (3) for throwing two scoreless innings while striking out four. Incredibly, this was Eamonn’s first pitching assigment…and, also his first season of playing baseball! Eamonn also delivered a RBI double in the second; Kudos to John (15) of the Royals for a 2 for 3 effort at the dish with three runs scored. John was also solid behind the plate as the Royals catcher for two innings; Kudos to Robert0 (8) of the Royals for a 2 for 3 evening at the plate with a RBI and run scored; Kudos to Victor (11) of the Royals for going 2 for 3 at the plate (single, triple) with a RBI and run scored; A special kudos and medal of honor to Evan (12) of the Royals for “taking one for the team” as he was hit by a pitch TWICE. Evan promptly dusted himself off on both occasions and gamely stole three bases and scored two runs. Not only did Evan go 1 for 2 at the dish with a RBI, but he also pitched a solid second inning where he held the Jays to one run while striking out one; Kudos to Lucas (7) for making three solid defensive plays at shortstop for the Jays. Lucas was the catalyst behind two riveting 6-3 put outs in the second inning. But Lucas’ piece de resistance was his Cool Hand Luke snag of a SCREAMING line drive off the bat of Victor of the Royals in the third inning which robbed him of a sure hit.