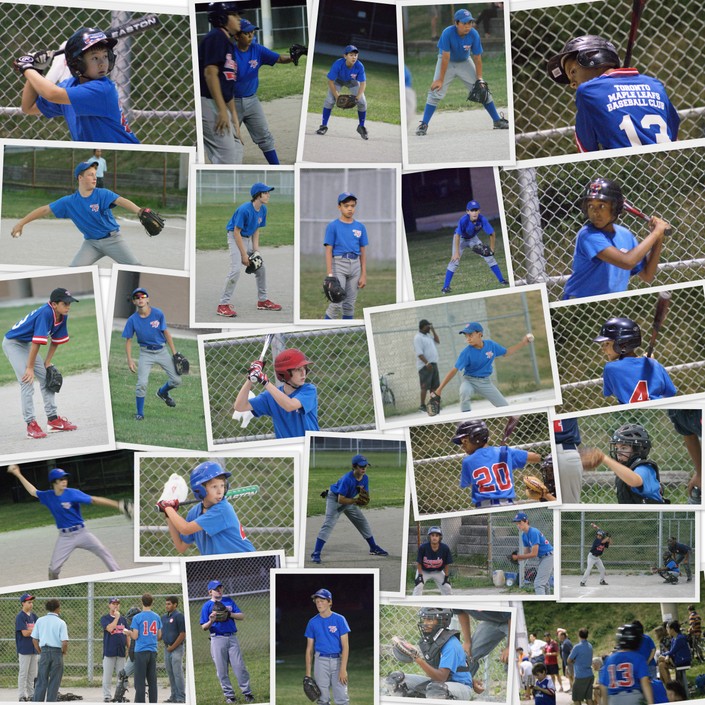 On a tranquil midsummer’s night at Christie Pits Diamond 2 this evening, the Toronto Playgrounds Peewee Select team rallied in dramatic fashion to defeat Rexdale 10-7 in 3 ½ innings to earn its eleventh win of the EBA Select season.

Trailing 6-0 after 2 ½ innings, the hibernating Peewee Selects offensive machine surged to life and scored ten runs in the bottom of the third to usurp Rexdale. 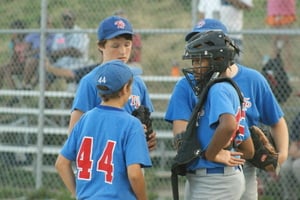 Justin (20) and Eamonn (31) led off the inning respectively with a single and a walk. With one out, Jamie (2) drew a walk to load the bases. At this juncture in the proceedings, Leo (13) delivered a clutch 2 RBI single to bring in Justin and Eamonn. Leo’s hit electrified the entire Peewee Select dugout and the TP parents and fans seated in the overflowing third base bleachers.

With the deficit trimmed to four, TP continued to take advantage of the opportunities presented to them by Rexdale’s relievers. Ben (4) walked to reload the bases. Keegan (44) followed with a bases loaded walk to bring in Jamie. Harry continued the conga line walk parade as he took a free pass to allow Leo to come home. Luke (1) hit into a 4-6 fielder’s choice to bring home Ben and trim the margin to 6-5.

With two outs, two runners on, and the with the game on the line, Marcus (42) exhibited grace under pressure to deliver a clutch two RBI single to bring Keegan and Luke home and put TP out in front 7-6. 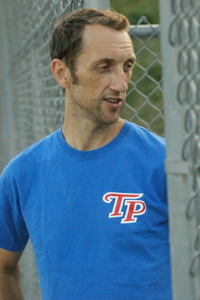 With Rexdale on the ropes, the Peewee Selects continued to press and go for the jugular. David (13) and Davey (15) drew back to back walks to load the bases. A consecutive series of wild pitches by a rattled Rexdale bullpen allowed Marcus and David to blaze home and extend the lead to 9-6. At this point, Victor (23) delivered a RBI single that allowed Davey to come homeward bound with the tenth run.

A determined Rexdale team rallied for one run in the top of the fourth to trim the margin to 10-7. However, TP closer Luke (1) cooly extricated himself from a bases loaded jam as he closed out the inning with three strikeouts to seal the deal and pick up the save.

With TP starting pitcher Davey (15) just returning from a lenghty vacation away from the rigours of the diamond, Rexdale took advantage of the rusty starter in the top of the first by scoring five runs to jump out to an early lead. Rexdale exercised patience at the plate and maximized their returns on seven walks and a single to surge ahead 5-0. However, Davey gradually found his rhythm and recorded three strikeouts to minimize the damage.

Meanwhile, Rexdale starter Tavawn (12) stymied the Peewee Selects for two consecutive innings by allowing no runs while striking out four. His repertoire of pitches occassionally frustrated the TP batters in the first two innings.

In the top of the second, TP starter Davey was back in sync as he allowed no runs while striking out two Rexdale batters.

Leading 5-0, Rexdale added another run in the top half of the third to widen their lead. However, TP southpaw reliever John (33) icily limited the potent Rexdale lineup to one run while striking out two.

It was at this moment in the game in the bottom of the third, where Toronto Playgrounds stared at a 6-0 deficit and came face to face with destiny.

In a postgame media conference, Peewee Select Head Coach Rob Ball was extremely proud of his team in overcoming adversity and  rallying for the win.

“I’m proud that TP fought hard against Rexdale in their comeback victory, especially after not scoring any runs for five innings (dating back to the 19-0 loss to Martingrove last week).  John and Luke pitched well to allow us to position ourselves for a rally. Even Davey found his groove in the second. Victor played well too. And Leo delivered a big hit to spark the comeback.”