DESPITE THEIR EXIT FROM THE EBA PLAYOFFS, TORONTO PLAYGROUNDS CAN TAKE SOLACE IN A FUN FILLED AND MEMORABLE 12-2 REGULAR SEASON 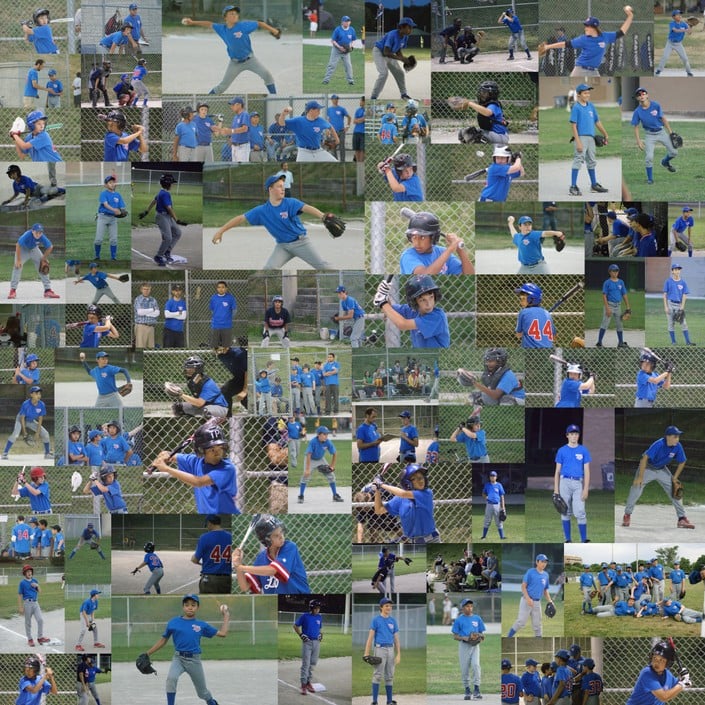 Our Toronto Playgrounds Peewee Select team encountered two tough losses this weekend which has knocked them out of the Etobicoke Baseball Association (EBA) playoff tournament.

Despite a valiant comeback attempt in their first playoff game yesterday evening, TP fell to Rexdale 9-7 at Smythe Park.

The resulting loss forced the Peewee Selects to play in a “double elimination” game early this morning at Millwood Park.

In a “tough loss”, Bloordale topped TP 7-3. The defeat has resulted in the Peewee Selects elimination from the EBA playoff tourney.

Despite the unlucky early exit from the playoffs, the Peewee Select team can take measure and reflect back on the fantastic 12-2 regular season that they experienced together as a team.

The TP Baseball Committee commends Head Coach Rob Ball, Assistant Coaches David Hammond and David Lam, for taking the time and effort to guide such a group of talented players to such great heights of achievement in 2012.

The Committee also commends the players for their dedicated effort all season long on the diamond. Not only did the “boys” (as Coach Rob fondly referred to his players) provide us with endless excitement and thrills in one heck of a glorious rollercoaster ride of a season, but it was even more rewarding to see the “boys” not only develop as players, but also mature and grow as young men.

The Committee also commends the parents who lovingly supported the efforts of their “boys” from the indoor winter training sessions right through the long regular season, the practices, the tournaments, and the playoffs.

In closing, everyone involved with the Peewee Select team should be duly congratulated in representing the core values of TP Baseball so honourably and professionally all season long.

For the love of the game, all of you did us proud. Great season! Great Team! Way to go, TP!