WITH A FULL SEASON OF BASEBALL UNDER THEIR BELTS, THE ROOKIE BALL SELECT TEAM CAN TAKE SOLACE IN KNOWING THAT RESERVOIR OF EXPERIENCE COULD LEAD TO BIGGER AND BETTER THINGS IN 2013 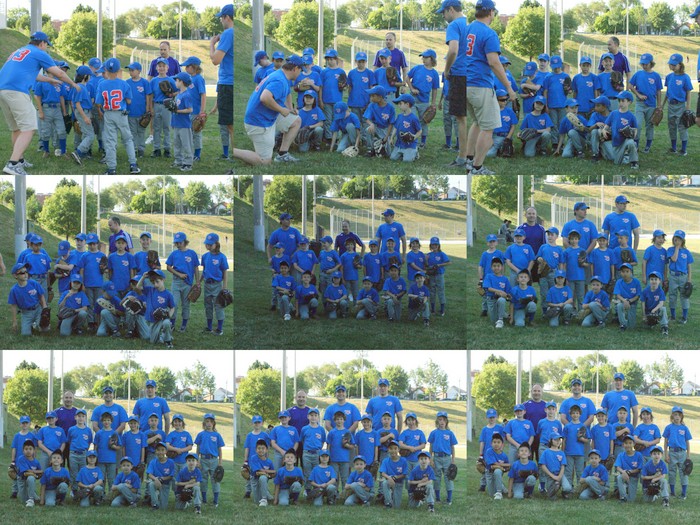 Despite playing with the same determination and grit that they have displayed all season long, the Toronto Playgrounds Rookie Ball Select team’s season ended this afternoon with their elimination from the Etobicoke Baseball Association (EBA) Select playoff tournament.

A Rookie Ball Select program that had sat moribund for many years, was put back into full regular season action this season by the TP Baseball Committee, when there was a surge of parental and player interest. To resuscitate a mothballed baseball program and expect immediate dividends in one season is unrealistic.

In that context, the TP Rookie Ball Selects made huge strides in player development despite finishing the regular season with an 0-11 regular season record. The numbers do not indicate the hard and valuable lessons that the players, coaches, and parents learned as they experienced their first full season of select play. This knowledge will serve them well in 2013.

The bottom line was that the Rookie Selects had fun playing a game that they loved during the course of a long season. They brought us great joy with their play on the field of dreams. Now, with some experience under their belts, big things one day come.

The TP Baseball Committee commends Rookie Ball Select Head Coach Bill Evans, Assistant Coaches Jaime Rosen, Alex Petro, and Jason Koskela for the time, energy, and patience they devoted in guiding this talented group of players to success on the diamond this season.

We also wish to salute the players on the Rookie Ball Select squad for all the energy and devotion that they displayed on the field of play this season. It was not only rewarding to see the “boys” develop as players, but also to see them grow as young boys on and off the playing field.

The Committee wishes to commend the parents of the Rookie Ball Select team for their love and sacrifice in getting their “boy” to all the winter workouts, games, practices during the course of a long season.

Lastly, congratulations to all the members of the Rookie Ball Select team and family for representing the core values of TP Baseball so honourably and professionally during the 2012 season.