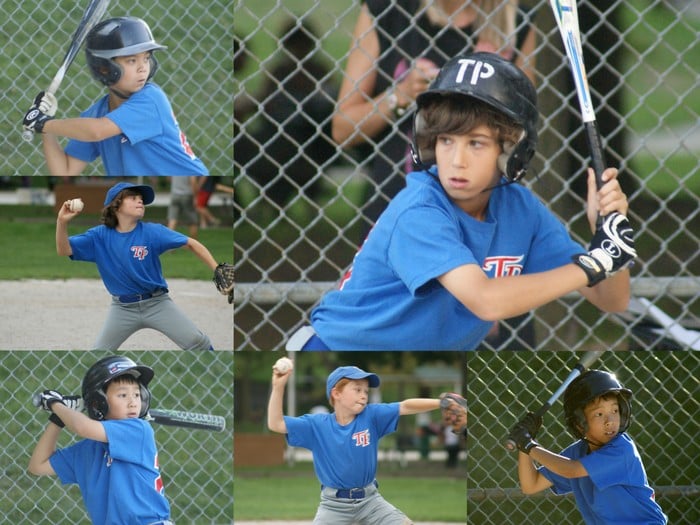 Clockwise from top left: Jack (27) delivered a pair of clutch RBI hits; Adam (18) powered the Mosquito Selects with 3 RBI’s against Annette; John Lee (19) hit a crucial RBI single in the second; TP reliever Ben (5) got a crucial strikeout in the fourth to send the game to an extra inning; Brian (25) muscled a RBI single in the second; TP starter Max (7) threw two strong innings.

It was a battle royale for the ages!

Although, in the end, Annette prevailed 19-18 over the Toronto Playgrounds Mosquito Select team in their EBA semi-final game at Smythe Park in extra innings, every TP player gave it their all and should feel no shame as they collectively left everything on the field of play against the number one seed at the tournament.

In a postgame media scrum, Mosquito Select Assistant Coach Brian Herman was effusive in his praise of how the team performed at the EBA playoff tournament.

“Overall, a great weekend for the TP Mosquito Select team, who ended their season displaying grit and determination, making their coaches and parents proud. They should hold their heads high for a job well done.”

Here is a game recap: