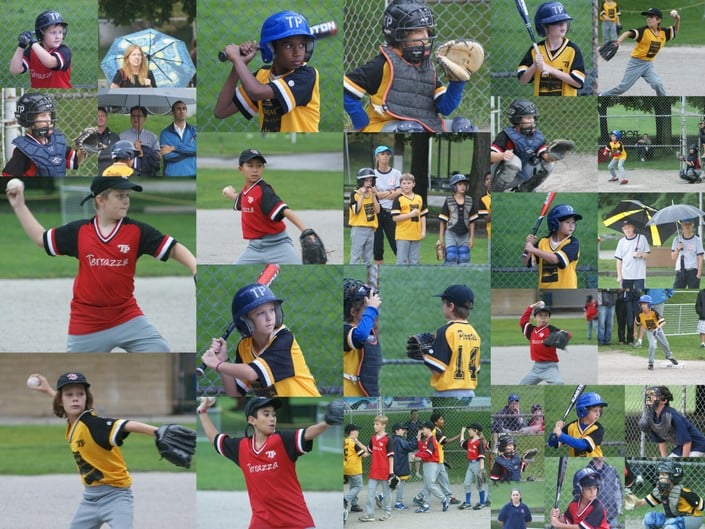 The second day of the 2012 Toronto Playgrounds House League Baseball Tournament (a.k.a. ‘September Madness’) continues this evening with another four round robin games.

Despite the thunderstorms and rain yesterday, we were still able to play two of our four scheduled games on Day 1 of the tournament.

However, rain forced the postponement of the round robin games in our Peewee and Midget Divisions. As a result, the TP Baseball Committee has been forced to revise the tournament schedules pertaining to those divisions.

The annual tournament to wrap up the season is baseball lover’s delight with a cornucopia of games from four age divisions being played over four diamonds at Christie Pits and Bickford Park.

You can keep track of all the scores, standings and game accounts every evening of the tournament via the website and Twitter.

And on the busy weekend of the tourney when 28 games will be played, parents and players can keep tabs on the tournament by visiting the TP Tournament Scoreboard located behind Diamonds 2 and 3 for the latest updated scores and standings.

Only 47 games remaining! Come on down to the ballpark and experience the twilight zone that is “September Madness”.