WITH THEIR 12-6 WIN OVER THE A’s, THE LIZZIES AWAIT THE WINNER OF THE EXPOS & WHITE SOX SEMI-FINAL 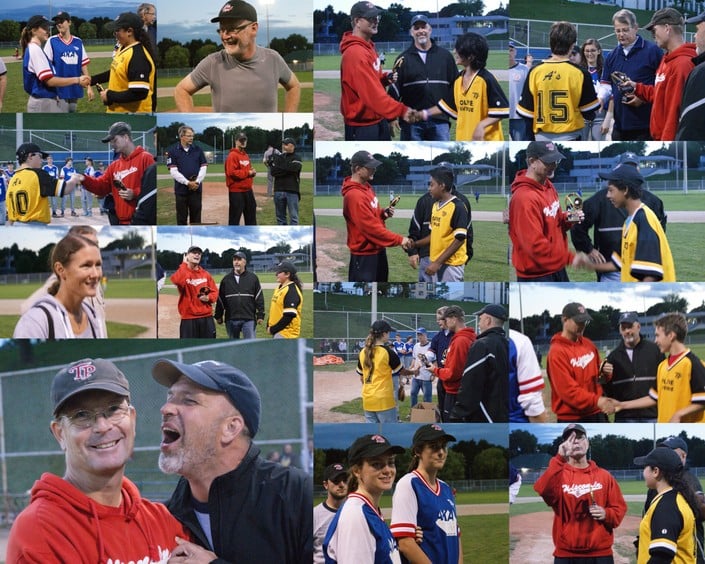 Beneath cool summer skies this evening at Dominico Field at Christie Pits, the Lizzies defeated the A’s 12-6 in a 6 inning Bantam semi-final game to advance to the Bantam Division Championship Game on Tuesday, September 11.

The Lizzies (1) stymied the A’s (4) for the majority of the game as they used a formula of solid pitching, good defense, and opportune offense to win their semi-final match.

The Lizzies await the winner of the Expos (2) and White Sox semi-final game, which will be played tomorrow evening (Monday, September 10) at Dominico Field at 7 p.m.