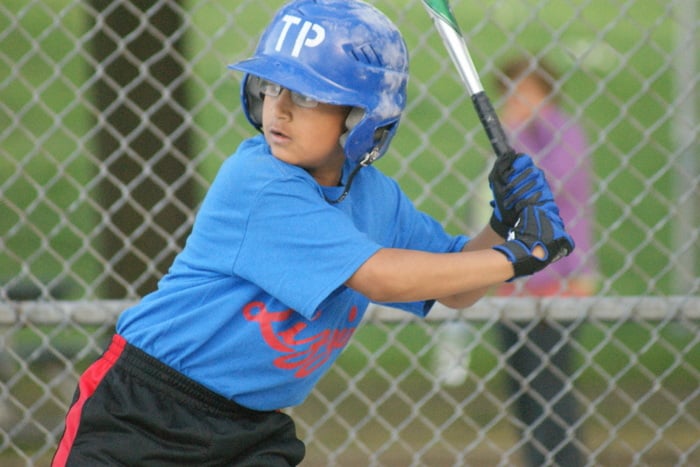 After the Cardinals had staked themselves to a 7-0 lead in the top of the first, the feisty Rookie Selects answered back with three runs in the bottom half of the inning to trim the deficit to four. After James (14) and Oskar (6) had led off with consecutive singles, Ishan (2) stroked a majestic two RBI triple to bring both of them home. With two outs, Declan (16) delivered a clutch two out RBI single to bring Ishan home.

The potent Royal York offense added another four runs in the top of the second to widen their lead to 11-3. The highlight of the inning was a superb defensive play by Rookie Select shortstop Luca (11), who cooly corralled a hot shot and calmly made an unassisted putout at second on a fielder’s choice.

Toronto Playgrounds doggedly kept the Cardinals off the scoreboard in the third inning with some stellar defensive plays. The piece de resistance was a spectacular catch by Rookie Select left fielder James (14) to record the first out of the inning.

The Rookie Selects battled back with two runs in the bottom of the third to shrink the deficit to six. With a runner on second, Luca (11) delivered a two out RBI double to bring in Oskar. Declan stroked a RBI single to bring Luca home.

In the top of the fourth, TP fought tooth and nail to keep the Cardinals off the scoreboard with a pair of super defensive gems. Spencer (4) snared a sizzler near the pitching machine and threw to first to record the first out. With two outs, TP shortstop Luca icily caught a screaming line drive to record the final out of the inning.

Royal York added another run in the top of the fifth to increase its margin to 12-5.

The Cardinals offense ignited again in the top half of the sixth with four more runs added onto the ledger sheet.

Despite trailing 16-5, the pesky Rookie Selects refused to go down without a fight in the bottom of the sixth as TP gamely rallied for four runs.

The Rookie Ball Selects (0-1) hit the road for their next game. Toronto Playgrounds travels to Pelmo Park on Tuesday, May 21 to play Weston at 6:30 p.m.