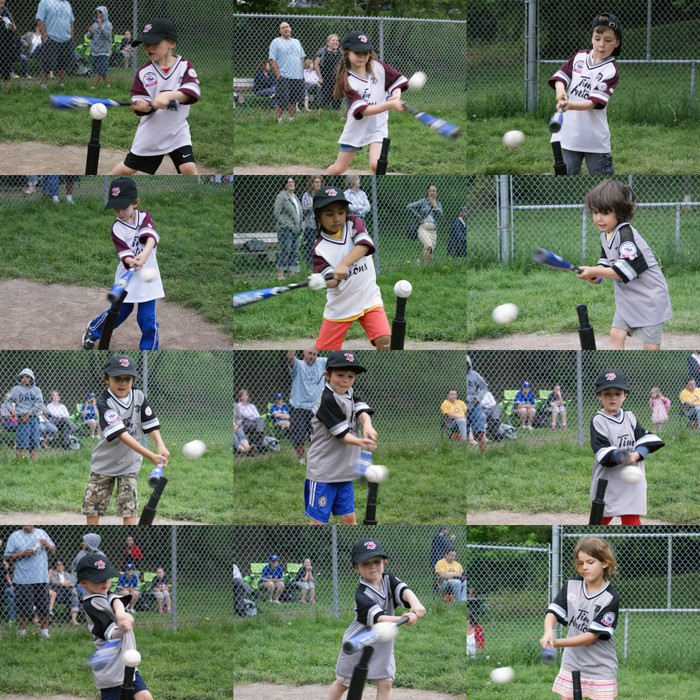 Beneath overcast skies at the Bickford Park North Diamond this evening, the Condors and Ravens inaugurated Opening Day of the 2013 TP House League Tee Ball season with a pyrotechnic display of offense for the ages.

A total of twenty-six players from both teams lit up the scoreboard with hits and runs galore over the course of two energetic and fun filled innings. The tsunami of offense brought the fans in attendance to their feet in rapturous applause and cheers of celebration.

And when the dust had finally settled on the base paths, TP Umpire Mike Zimmerman announced that the Condors and Ravens had played to a tie.

A fitting conclusion to a well played game by both teams.