IN CELEBRATION OF THE 100th YEAR OF AMATEUR BASEBALL IN TORONTO, CITY COUNCILLOR MIKE LAYTON THREW OUT THE CEREMONIAL FIRST PITCH TO INAUGURATE THE START OF OUR SEASON 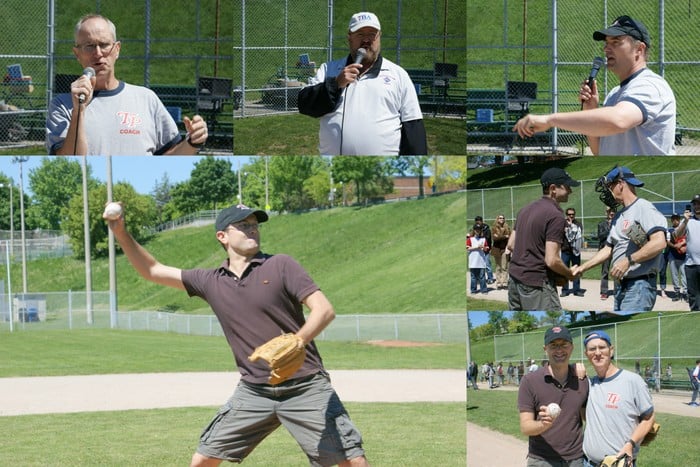