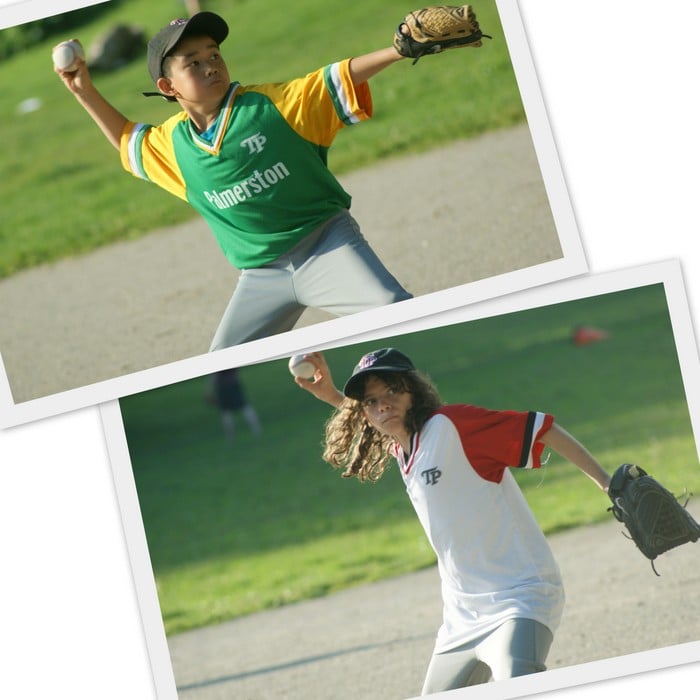 Beneath a thick cloud of humidity that one could slice with a knife, the Mets defeated the Reds 9-4 in three innings of Mosquito Division action at Bickford Park South. 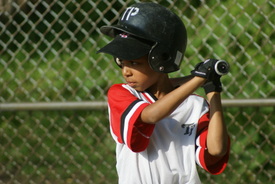 Ethan (12) of the Reds stroked a 2 RBI double in the first inning.

In the first regular season meeting between these two Mosquito expansion teams, the Metropolitans used a combination of strong pitching and an opportune offense to emerge victorious over the Go Go Reds.

The Reds scored four in the top of the first to propel themselves to an early 4-0 lead. Dylan (15) and Sebastian (9) respectively led off the inning with a single and a walk. Both scored on a series of errors by the Mets. With two out and Fionn (11) and Sterling (5) on base at third and second, Ethan (12) delivered a clutch 2 RBI double to bring them home.

Answering the clarion call, the Mets responded with three runs in the bottom half of the first to trim the margin to 4-3. Niall (10) and Rory (7) led off the inning with a pair of walks and both came in to score after a series of Reds defensive miscues. With Simon (8) at third, Aaron (9) stroked a sacrifice hit to first which allowed Simon to come home.

A stellar effort from Mets reliever Colby (6) kept the Reds off the scoreboard in the top of second as he struck out two with a flourish. 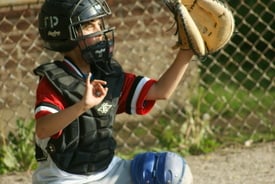 Reds catcher Ben (6) adroitly tagged out a Mets baserunner attempting to steal home in the second.

In the bottom of the second, the Metropolitans scored two to take the lead 5-4. After Xin (4) and Isaac (15) had led off the inning with a pair of walks, Nigel (18) powered a 2 RBI triple to left centre which allowed both baserunners to come homeward bound.

Reds catcher Ben (6) made a nice defensive putout during the inning. With Nigel of the Mets on third, Reds reliever Fionn (11) uncorked a wild pitch to the backstop which allowed Nigel to make a dash for home. However, Ben quickly corralled the ball and rushed to the plate and applied the facial tag on a sliding Nigel in a bang bang play to record the out. Finding his rhythm, Fionn struck out two Mets to close out the inning.

Mets reliever Nigel (18) threw a tidy top of the third to keep the Reds off the scoring ledger. The Mets turned a nice line out 1-3 double play to help their cause.

The Mets scored four insurance runs in the bottom of the third to extend their lead to 9-4. Niall led off the inning with a scorching double and came around to score after a pair of errors by the Reds. With two outs, Aaron and Dylan (12) walked. A solid RBI single by Teddy (11) brought Aaron home.

With the bases loaded, Jonah (2) and Xin drew back to back RBI walks that allowed Dylan and Teddy to come home.