IN A THRILLING NIGHTCAP AT CHRISTIE PITS, THE O’s EKE OUT A WIN OVER THE ROYALS 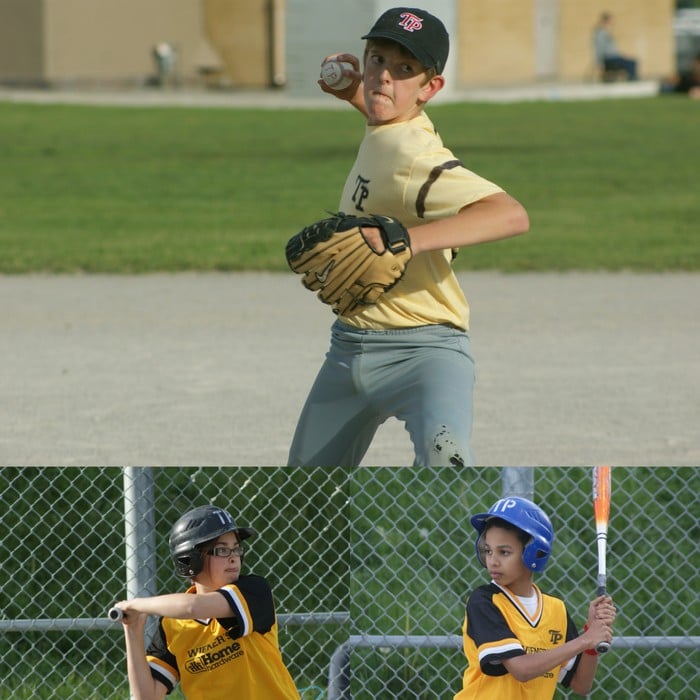 Clockwise from top: Orioles closer Sasha (28) sealed the deal on the O’s victory by striking out two Royals in the fourth inning; Eric (13) of the Orioles delivered a clutch RBI single with the bases loaded; Astrid (11) exercised great plate discipline by drawing two walks for the O’s

Under the lights on a cool evening at Christie Pits Diamond 2 this evening, the Orioles edged the Royals 7-6 in a thrilling four inning Peewee Division showdown.

Tied 6-6, the O’s punched across the go ahead run in the top of the fourth. Orioles closer Sasha (28) sealed the deal in the bottom of the fourth in 1-2-3 fashion with two strikeouts.