COMBINING GOOD PITCHING & DEFENSE ALONG WITH AN OPPORTUNE OFFENSE, THE EXPOS POWER THEIR WAY OVER THE WHITE SOX AT DOMINICO FIELD 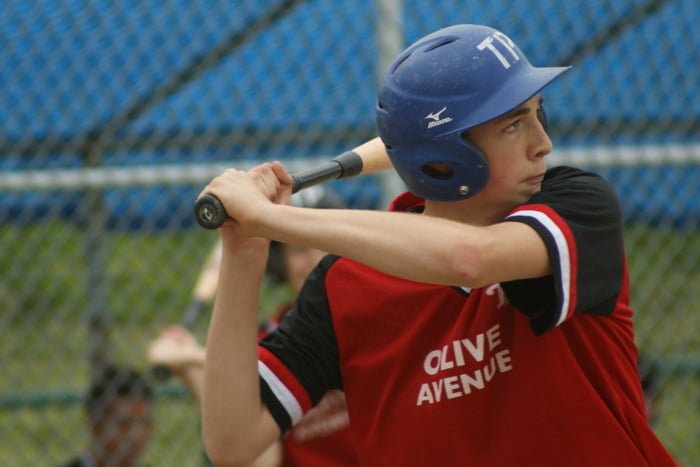 In three plate appearances, Nikola (8) of the Expos went 2 for 2 (along with a sacrifice hit) at the plate with two runs scored and 3 RBI’s. Nikola also pitched a solid first inning where he allowed only one unearned run while striking out one. Game post to follow.

Beneath cloudy skies at Dominico Field at Christie Pits this afternoon, the Expos defeated the White Sox 11-7 in 4 ½ innings of Bantam Division action.

Utilizing good pitching and timely defense to hold the White Sox in neutral for most of the game, the Expos opportunistic offense slowly built a lead that their opposition could not surmount. 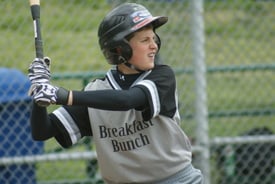 In three trips to the plate, Agostino (2) of the White Sox went 2 for 2 (single, double, walk) alone with a run scored and an RBI.

The White Sox leapt into an early 1-0 lead in the top of the first. With two outs, Agostino (2) singled and proceeded to steal two bases. On his steal of third, the throw from the White Sox catcher sailed high and down the third baseline allowing Agostino to motor home with the first run of the game. However, Expos starter Nikola (8) was solid in limiting the Sox to only one unearned run while striking out one.

In the bottom of the first, the Expos answered back with three runs to take the lead 3-1. After a leadoff single by Michael D (15), Michael F (4) followed with a RBI double that brought M.D. home with the tying run. Nikola (8) powered a one out RBI sacrifice hit to centre field to bring M.F. home with the go ahead run. With two outs, Jasper (11) scored from third on a White Sox error.

Expos reliever Cooper (7) cooly pitched a scoreless top of the second with two strikeouts to maintain their two run lead.

Taking advantage of three walks and several White Sox miscues, the Expos scored four in the bottom of the second to extend their lead to 7-1. Keying the inning was a RBI single by Nikola. 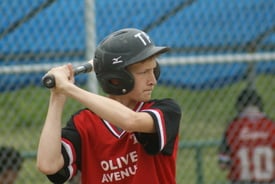 The Expos bullpen continued to keep the potent White Sox offense off the scoreboard in the top of the third as Jasper (11) pitched a strong inning. The Expos also executed a superb double play (lineout to short & 6-5 throw to third to double up a wandering White Sox baserunner) to help their cause.

In the bottom of the third, the Expos added four insurance runs to widen their advantage to 11-1. After Juan (2) and Jack (12) had led off the inning respectively with a single and a walk, both came around to score after a pair of wild pitches by the White Sox. After a one out single by Cooper, Nikola stroked another RBI single to bring him home. Jasper followed with a RBI sacrifice hit to bring Nikola homeward bound.

The White Sox gamely scored four runs in the top of the fourth to cut the margin to 11-5. Taking advantage of four consecutive walks to lead off the inning, all four White Sox came home to roost in scoring column after a series of Expos miscues.

White Sox reliever Jack (12) threw a scoreless bottom of the fourth to keep the Expos off the scoresheet. The White Sox helped their cause with an unassisted double play to end the inning.

Refusing to wave the white flag of surrender, the White Sox rallied for two in the top of the fifth to trim the deficit to four. After two consecutive walks to Gil Bok (10) and Chae Wok (9) to lead off the inning, Agostino (2) delivered a RBI double to score Gil Bok. Eamonn (6) followed with a RBI sacrifice hit to bring Chae Wok home.

Shaken, but not stirred, Expos closer Michael D (15) found his groove and retired the final two White Sox batters to seal the deal.