PARENTS, PLAYERS AND COACHES ARE STRONGLY ENCOURAGED TO ATTEND THE THURSDAY, JUNE 20 OPEN HOUSE MEETING AT THE BOB ABATE COMMUNITY CENTRE TO SUPPORT THE CONTINUATION OF BASEBALL AND OTHER SPORT FACILITIES AT BICKFORD PARK 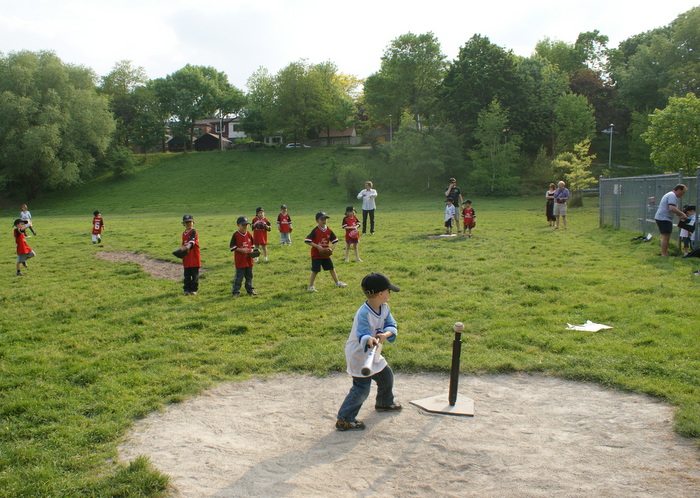 An Important Message for all House League Players, Parents, Coaches:

I’m sending this to make sure you are aware of an important meeting taking place this Thursday June 20th, and to encourage you to attend if possible.

The notice below came from Councillor Mike Layton, who is hosting the Open House. It will be an open house format in that people will be able to look at the proposals, ask questions of city staff, the councillor, and the councillor’s staff, and indicate their preferences regarding the various proposals. My understanding is that there will be four proposals for the future of Bickford Park put forward for consideration. I attended many of the meetings that took place as part of the process described by Councillor Layton in the notice below, and I was there primarily as the representative of Toronto Playgrounds House League Baseball (although I am also a neighbourhood resident and dog owner who uses the park in that capacity as well). There were many “interesting” meetings and moments during the process, but by the last meeting we had seemed to have reached a consensus that a way forward was possible that would preserve all existing park uses while allowing the expansion of the off leash area (in a confined setting).

One of the four proposals that will be presented Thursday apparently involves the removal of the tee ball diamond from the park. Again, by the last meeting we had seemed to have moved away from talk of removal of the tee ball diamond and towards discussion of moving the diamond, and I don’t feel that the councillor or his staff want to see the removal of any of the baseball facilities. It has been indicated to me that the city staff are required to create a range of proposals for this type of process, which is why one of them will include no tee ball diamond.

I feel that it is very important that those of you who feel strongly that all existing baseball facilities in Bickford Park be retained do your best to drop by the Open House and make that opinion known. It won`t be a meeting at which people are addressing the entire crowd with their ideas, but there will be ways to make your opinion known. Our house league baseball program has been extremely successful for many years because it offers something of real and tremendous value to the families in our communities. This season we have 545 players registered (and more still to come)…this is the highest number we have had in a long, long time. Our tee ball program, which was expanded to 10 teams (160 players) this season, is the first “rung” on the house league ladder, and it is very important that we protect it and maintain the facilities required to provide a successful program. Our rookie ball and mosquito divisions also regularly use the baseball facilities in Bickford Park.

I’m therefore encouraging you to try to stop by the Bob Abate Centre on Thursday evening and make your support for the continuation of all sports facilities in Bickford Park known to Councillor Layton and his staff. The notice of the meeting from Councillor Layton is included below.