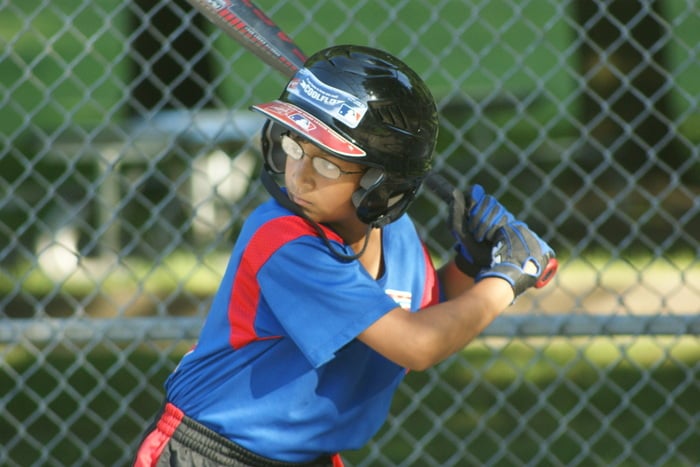 Ishan (19) powered the TP Rookie Ball Selects offense with a 3 for 4 game at the plate (double, 2 triples) along with two runs scored and 6 RBI’s. Ishan also put in a Gold Glove effort on defense at first base. 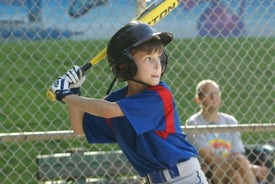 Taking no prisoners, Toronto Playgrounds was full measure for the victory as they continued to exhibit the solid tenets of timely hitting and strong defense in earning their second victory in a row.

Both teams were unable to score during the first 1 ½ innings. The defensive highlight for the Rookie Ball Selects unfolded in the top of the second. With no one out and Martingrove’s Owen (4) on first base, Rocco (6) of the White Sox hit a sizzling hot shot down the third baseline. However, TP third baseman Aaron (21) deftly snared the ball in his glove and cooly made a laser throw to second baseman Dex (4) to record the putout on Owen.

TP scored in the bottom of the second to take a 1-0 lead. With one out, Emmett (3) reached base on a fielder’s choice and eventually came home with the first run of the game on an error by the White Sox second baseman.

In the top of the third, an inexperienced freshman squad of Martingrove players continued to struggle with the offerings from the pitching machine as the White Sox were unable to leave a mark on the scoring ledger.

With two outs, Toronto Playgrounds exploded for four runs in the bottom of the third to extend their lead to 5-0. With Oskar (6) standing at first, Luca (11) singled to put two runners on base. Ishan (19) followed with a grace under pressure two RBI double to score both Oskar and Luca. Then Aaron (21) stroked a RBI single to bring Ishan home. After a single by Jacob (7), Emmett delivered a clutch RBI single to score Aaron.

Both Martingrove and Toronto Playgrounds were unable to score in the fourth inning. TP first baseman Ishan made a nice scoop on a hard hit ground ball off the bat of Elliot (1) of the White Sox to record the second out in the top of the fourth. 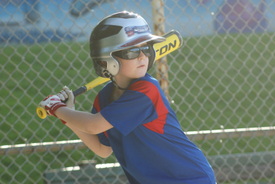 In three plate appearances, Jacob (7) went 2 for 2 (two singles and a sacrifice hit) with a RBI.

The White Sox were unable to manufacture any runs in the top of the fifth. The defensive highlight was a nice catch in the bright sun by TP first baseman Ishan on a sky high pop up by Nick (2) of the White Sox to record the final out of the inning.

Toronto Playgrounds added two insurance runs in the bottom of the fifth to widen their advantage to 7-0. After Luca led off the inning with a single, Ishan powered a RBI triple to the deep dish pizza realms of centrefield to bring him home. With one out, Jacob delivered a RBI sacrifice hit to bring Ishan home.

The dormant Martingrove offense found their rhythm in the top of the sixth as they scored two to trim the deficit to five.

However, the Rookie Ball Selects answered back with authority and passion in the bottom of the sixth as they scored five to stretch their lead to 12-2 and salt the game away.

With two outs and James (35) and Dex on base, Declan (13) delivered a clutch RBI single to bring James home. After a single by Oskar to load the bases, Luca stroked a RBI single to score Dex. With the bases still juiced, Ishan followed with a three RBI bases clearing triple to the nether regions of the outfield.

The Rookie Ball Selects (2-3) play their next game at home on Sunday, June 23 when they host Bloordale at Christie Pits Diamond 3 at 4:00 p.m.