IN A THRILLING NAILBITER, THE GO GO LIZZIES BREAK A 6-6 DEADLOCK IN THE FINAL INNING TO PREVAIL OVER THE ROYALS AT CHRISTIE PITS 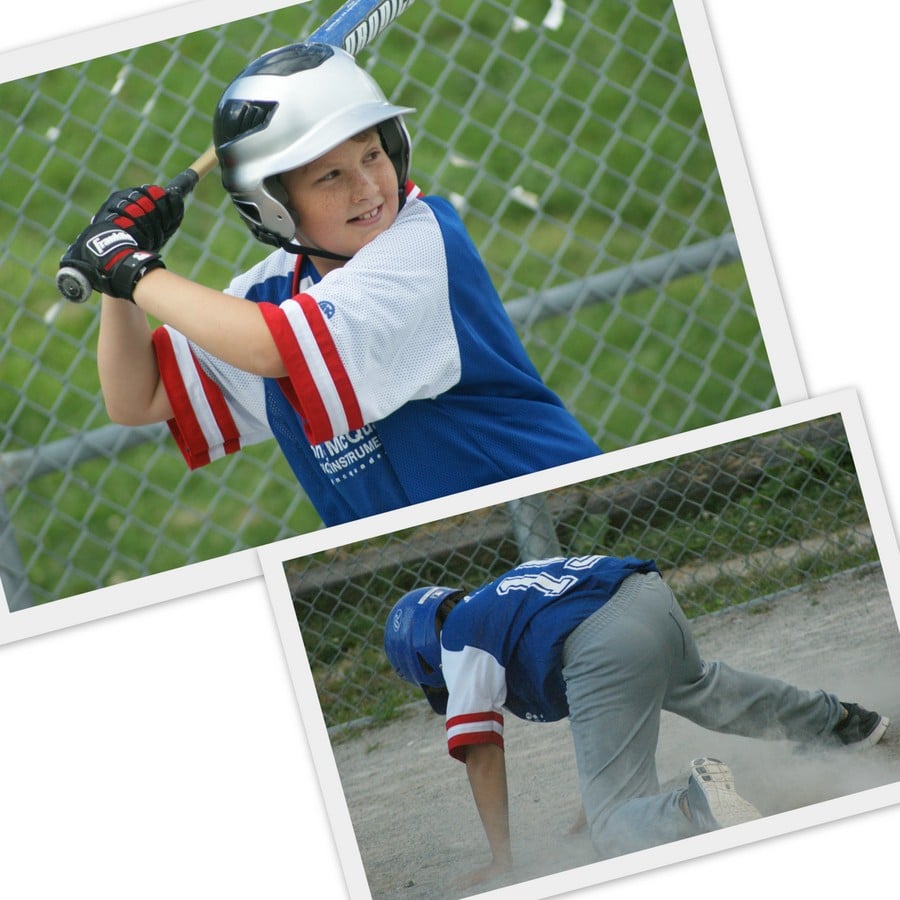 IN THE CLUTCH > Top to bottom: With the score tied 6-6 and a baserunner at second, Clay (1) delivered a grace under pressure two out RBI single in the top of the fifth that allowed Johnny (15) to slide home safely with the Lizzies winning run. In three plate appearances, Clay went 2 for 2 [double, walk, single] with a run scored and a RBI.

Under warm summer skies this evening at Christie Pits Diamond 2, the Lizzies edged the Royals in a thrilling five inning Peewee Division nailbiter.

With the score tied 6-6, Clay (1) of the Lizzies stroked a clutch two out RBI single in the top of the fifth that allowed Johnny (15) to scamper home from second with the winning run. 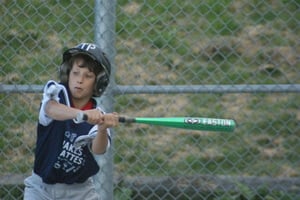 Izzy (1) sparked the Royals offense with a 3 for 3 game at the plate where he scored a run and a RBI.

Protecting a slender 7-6 lead, Lizzies pitcher John Eric (2) struck out two Royals in the bottom of the fifth to seal the deal on a hard fought victory.

In a heads up defensive play, John Eric also helped out his own cause when he successfully picked off the Royals lead off baserunner (who had singled) at first base. John Eric made a great toss to first baseman Jack (7), who applied the tag on the wayfaring Royal to record the first out of the inning.

The Lizzies jumped out to an early 2-0 lead in the top of the first. John Eric led off the inning in dramatic fashion with an inside the park home run to the deep dish pizza realms of the outfield. After a double by Clay, Cormac (4) delivered a clutch two out RBI hit to allow Clay to motor home safely the Lizzies second run.

Shaken, but not stirred, Royals starter Tyler (7) eventually quelled the Lizzies surge with a one strikeout effort.

Lizzies starting pitcher John Eric mowed down two in the bottom of the first to keep the Royals off the scoring ledger.

With some solid defense behind him, Royals reliever Arlo (8) kept the Lizzies off the scoring abacus in the top of the second. 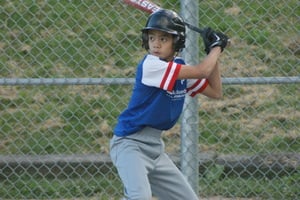 In the bottom of the second, the Royals rallied for a run to trim the deficit to one. After Izzy (1) led off the inning with a single, he proceeded to swipe two bases to reach third. Izzy sped home safely on a subsequent Lizzies error.

The Lizzies offense exploded for four runs in the top of the third to widen their advantage to 6-1. With no outs and the bases loaded, Jack hit into a run scoring fielder’s choice that allowed Johnny to score. With two runners on base, John (6) followed with a one out RBI double that allowed John Eric to sashay home.

After a walk to Cormac that reloaded the bases, Kyle (10) stroked a two RBI single that allowed Jack and John to come homeward bound.

Refusing to surrender, the Royals gamely battled back in the bottom of the third with four runs to trail by one. With the bases juiced, Owen (14) drew a RBI walk that allowed Arlo to saunter home. Izzy followed with a RBI single that permitted Curtis (12) to score. A subsequent error and wild pitch would allow Tyler and Owen to come home.

Royals reliever Owen (14) kept the Lizzies off the scoreboard in the top of the fourth with a one strikeout effort. Owen was also helped out by a pair of strong defensive plays from his teammates during the inning.

Royals second baseman Curtis (a Mosquito Division call up) vacuumed up a smokin’ grounder and made a quick throw to first baseman Tyler to complete a 4-3 putout for the first out. Third baseman Izzy corralled a hot tamale shot down the line and made a laser throw across the diamond to first base to complete a 5-3 putout to end the inning.

In the bottom of the fourth, the Royals rallied for one to tie the proceedings. With a baserunner at second, Tyler powered a clutch two out RBI triple that allowed Arlo to motor home with tying run.

With the score knotted at 6-6 and the Royals potential go ahead run standing only seventy-five feet away at third, Lizzies reliever Cormac (4) dug deep into his reserve tank to induce the next Royals batter to ground into a 6-3 inning ending putout.

And it was at this juncture in the game where Lizzies Head Coach Gordon Belray and his players gathered near their dugout to await their moment with destiny.