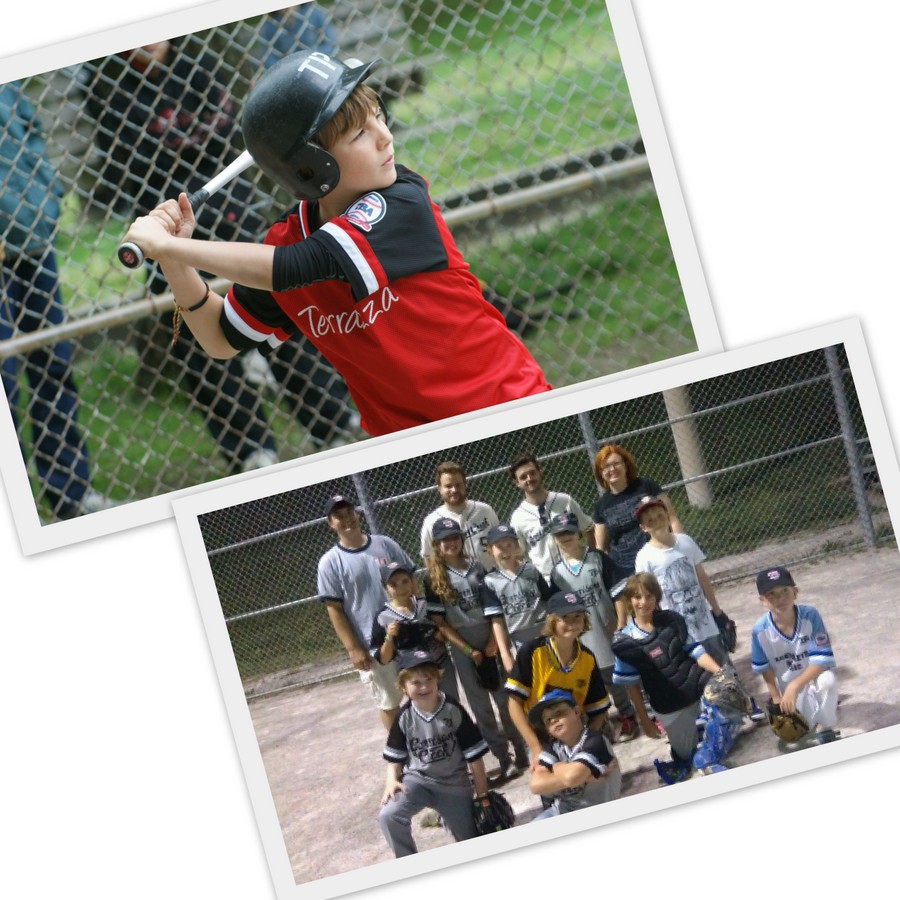 Top to bottom: Solomon (11) powered the Cardinals offense with a single and a home run; A group photo of the Giandodarates.

The Cardinals topped a hybrid team of Giants/Dodgers/Pirates (a.k.a. Giandodarates) in a fun filled three innings of Mosquito Division play at Christie Pits.

The Giants would like to thank call ups: Adam (7) from the Pirates, Jacob (7) from the Dodgers and Jude and Aaron, both from our Rookie Ball Division. Jude made his Mosquito Division debut holding his own at the dish and in the field

Leading the offensive attack for the Cardinals was Solomon (11) who had a single and a home run. Alex (6) also had a single for the Cards
For the Giants, Adam hit a bases clearing triple with Jacob and Aaron recording singles.

The Giants hitters Mary, Laine, Emma and Gracie exhibited much patience at the plate by drawing walks in the second inning and all coming home to score.
Pitching for the Cardinals were Solomon, Francis (13) and Jonathan (4)  For the Giants: Harris, Aaron and Adam.
With the game tied heading into the bottom of the third, the Giants could not stop the pesky Cardinals who plated the go ahead walk off run to earn the victory.
The Giants would like to especially thank Ryan and Dave of Garrison Creek Bat Company who dropped in to watch “their” team and served as honourary base coaches for the game.
Once again…a fun time was had by all!