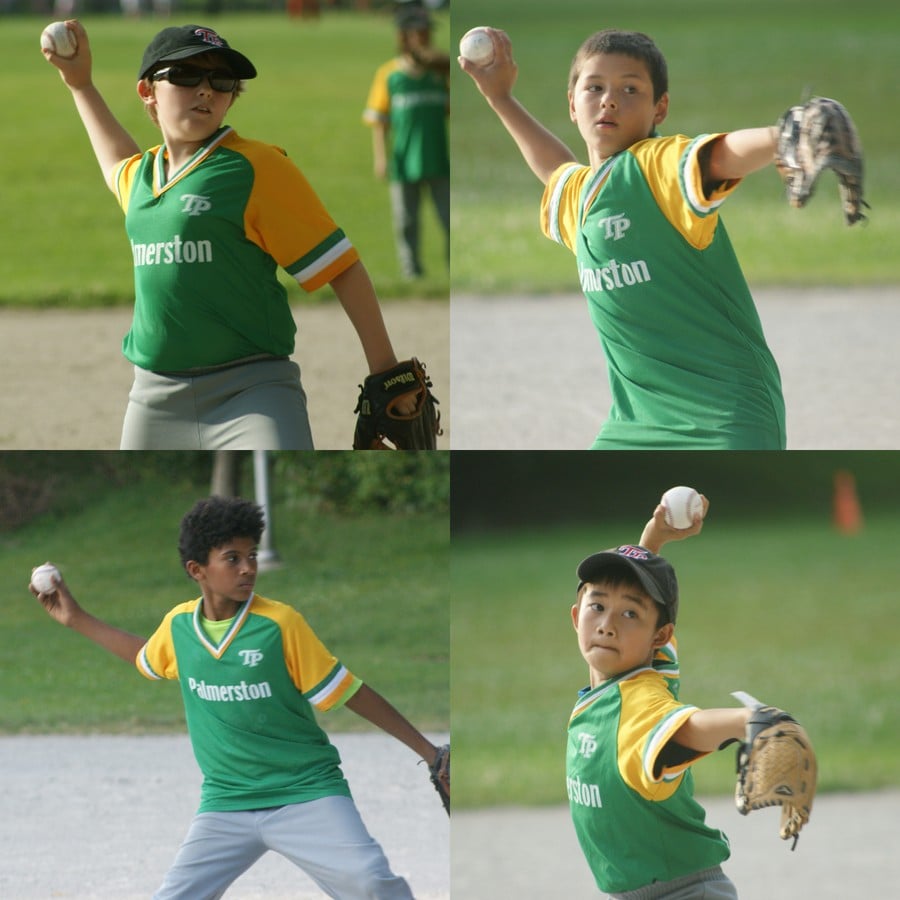 Beneath warm summer skies this evening at Bickford Park, the Mets topped the Lizzies/Mets 10-1 in 3 ½ innings  of Mosquito Division action.

With the dog days of summer continuing to wreak havoc with the Mosquito Division rosters, it was the Lizzies turn to be beset with a depleted lineup on game day this week. With only four Lizzies in attendance, the Mets kindly loaned them four players from their roster in order for the game to be played. 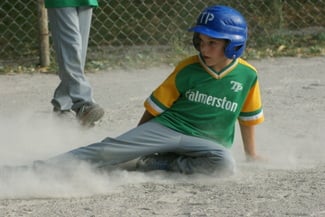 GRAND THEFT > Matthew (1) slides into home plate in a cloud of dust with a successful steal of home in the bottom of the first to score the Mets fourth run.

In the top of the first, Mets starter Aaron (9) set down the Lizzies/Mets in 1-2-3 order with three strikeouts.

The Mets exercised great discipline at the plate in the bottom of the first to score four and take a 4-0 lead.

Backed by some solid defense from his teammates, Mets reliever Simon (8) kept the Lizzies/mets off the scoresheet in the top of the second with a strikeout.

Making the most of their opportunities, the Mets added four in the bottom of the second to extend their advantage to 8-0. Keying the Mets offense was a RBI single from Nigel (5).

Mets reliever Colby (6) struck out three in the top of the third to keep the Lizzies/Mets off the scoring ledger.

The Mets scored two insurance runs in the bottom of the third to widen their lead to 10-0.

The Lizzies/Mets scored a run in the top of the fourth to trim the deficit to nine. After Jonah (2) of the Lizzies/Mets was hit by a pitch to lead off the inning, he proceeded to steal two bases to reach third. Jonah motored home on a wild pitch to score the Lizzies/Mets lone run of the game.

Settling into a groove, Mets closer Nigel (5) eventually struck out three to seal the deal on the victory.

Only four Lizzies players were in attendance, as summer vacations took their toll on the roster.

However, the Mets were kind enough to lend four players to the Lizzies, and the game proceeded with a mixed squad of Lizzies and Mets facing a Mets-only squad. 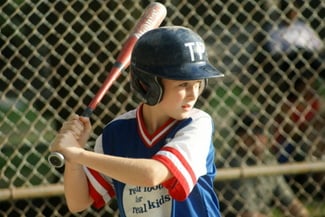 Luke (5) of the Lizzies went 2 for 2 at the dish with two stolen bases.

Final score was 10-1 for the Mets. Three and a half innings were played.

Three kids pitched for the Lizzies: Xavier (8) with one strikeout; Jasper R. (4) and Isaac (15) with two strikeouts).

Luke (5) of the Lizzies had a big game where he hit two singles and stole second base twice.

Other base stealers were Jonah (2), who stole home in the top of the fourth; and Isaac (15).

Defensively, the game featured a neat brother-to-sister put-out at first base, when pitcher Xavier (8) snagged a grounder and neatly tossed it to sister Jasper R. (4).

And catcher Lizzies/Mets Colby (6) chased down a baserunner and made a tag out near third base.

Thanks to Mets coach Jamie for helping to coach the Lizzies.