MAKING THE MOST OF THE OPPORTUNITIES PRESENTED TO THEM, THE CUBBIES EARN A HONEY  OF A VICTORY OVER THE MIGHTY GIANTS AT CHRISTIE PITS 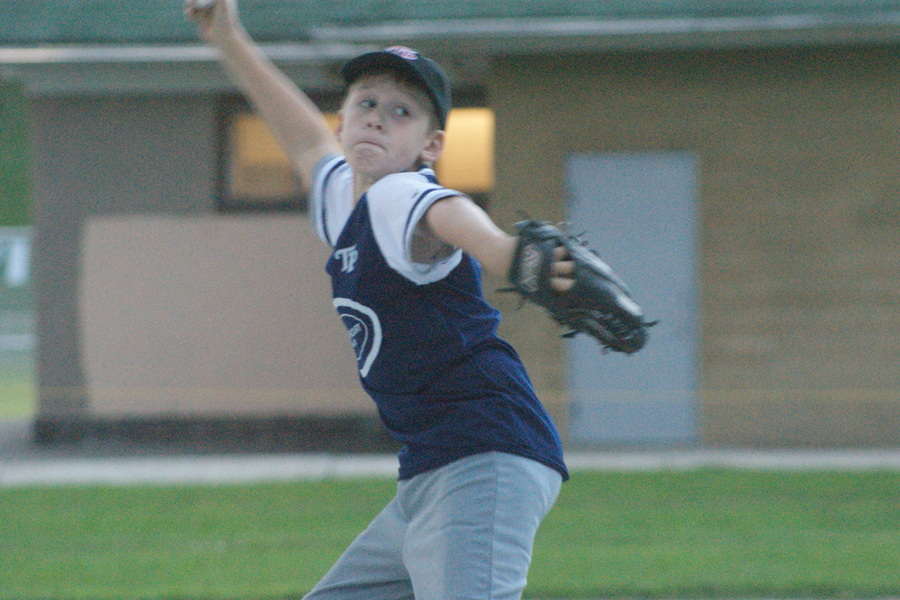 THE CLOSER > With the dimming of the day at Christie Pits Diamond 3, Alden (9) sealed the deal on the Cubs 7-4 victory by striking out three Giants in 1-2-3 fashion in the bottom of the fourth. Alden pitched two scoreless innings where he allowed no hits or walks to go along with six strikeouts [2 IP, 0 R, 0 H, 0 W, 6 K’s].

Under sunny and cloudy skies this evening at Christie Pits Diamond 3, the Cubs topped the Giants 7-4 in four entertaining innings of Mosquito Division round robin tournament action.

From first pitch to the final out, it was a well contested game between two talented teams. In the end, the Cubbies prevailed over the Mighty Giants because they were able to take advantage of the offensive opportunities that were presented to them.