WITH THE COLD KENTUCKY RAIN POURING DOWN, THE PESKY LIZZIES DOUSE THE CUBBIES TO WIN THEIR FIRST ROUND ROBIN GAME AT THE TOURNAMENT 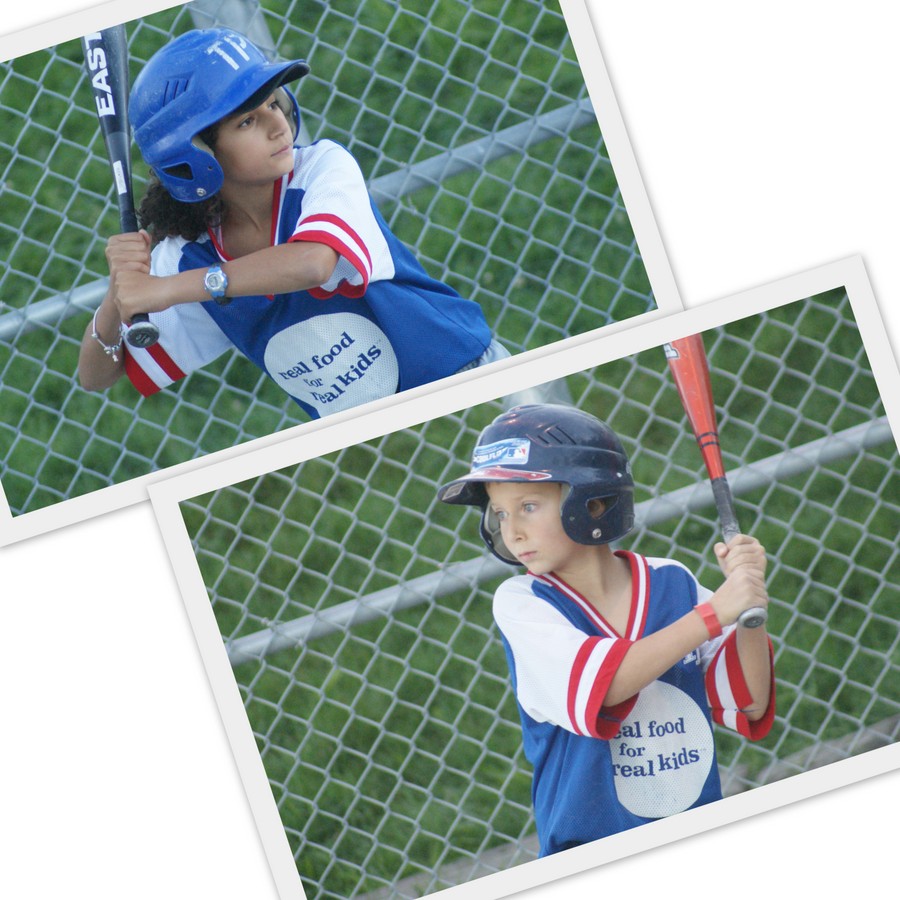 PESKY LIZZIES > Fatima’s (14) lead off walk and nitty gritty play on the basepaths in the third inning lit a fire under the Lizzies offense. Fatima would steal two bases and motor home on a Cubs error to score the Lizzies first run; With two Lizzies on base, Devin (6) delivered a clutch RBI single in the third to bring home Xavier (8) with the Lizzies eventual winning over the Cubs.

Under cloudy and rainy skies this morning at Christie Pits Diamond 2, the Lizzies topped the Cubs 3-1 in three innings of Mosquito Division round robin tournament play.

With the proceedings deadlocked at 0-0, the pesky Lizzies (1-2) seized their moment of opportunity in the top of the third by scoring three runs to take a 3-0 lead.

As the rain continued to shower down unrelentingly on the baseball diamond, Fatima (14) stepped into the batter’s box and worked the count in her favour to draw a lead off walk. After a daring pair of stolen bases allowed her to reach third, Fatima blazed home on a Cubs error and scored the game’s first run.

Energized by Fatima’s gritty play, the Lizzies proceeded to take charge of the proceedings by taking tiger mountain by strategy. With no outs, Xavier (8) drew a walk and Jasper R (4) muscled a solid single to put two Lizzies on base.

Down 3-0, the Cubs (2-1) refused to surrender as they gamely rallied in the drizzling rain to score a run to trim the deficit to two. After Alden (9) led off the inning with a walk and two stolen bases, he pounced on a Lizzies error to slide home safely with the Cubs first run of the game.

However, with the rain intensifying with every passing second, Lizzies closer Leandro (10) icily proceeded to strike out three Cubs to seal the deal.

*Result Pending: The Cubs and Lizzies played a round robin tournament game that was suspended after three innings of play. If the outcome of that game would affect the standings and the quarter-final match-ups, the fourth inning will be completed at the earliest possible time.