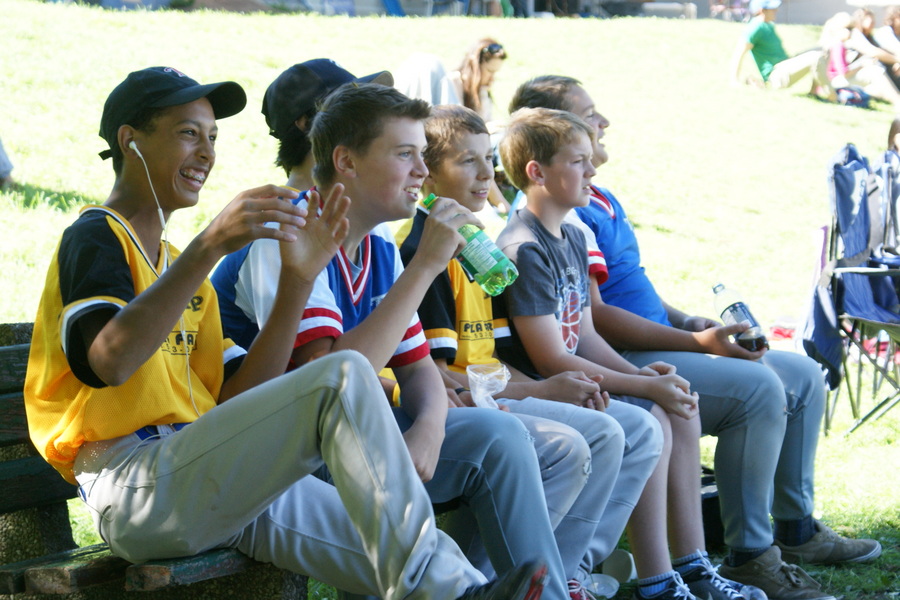 Players from the A’s and Lizzies take a break during their Bantam Division round robin tournament games on Sunday at Christie Pits.

Beneath sunny and windy skies today at Dominico Field at Christie Pits, teams in our Bantam Division played in four round robin tournament games from dawn to dusk.

BANTAM DIVISION STANDINGS (after 7 of 8 Round Robin Games played)