IN AN EPIC PEEWEE DIVISION SEMI-FINAL BATTLE ROYALE THAT WENT TWO EXTRA INNINGS, THE O’s PREAILED OVER THE JAYS IN THE EIGHTH INNING TO ADVANCE TO THE CHAMPIONSHIP GAME 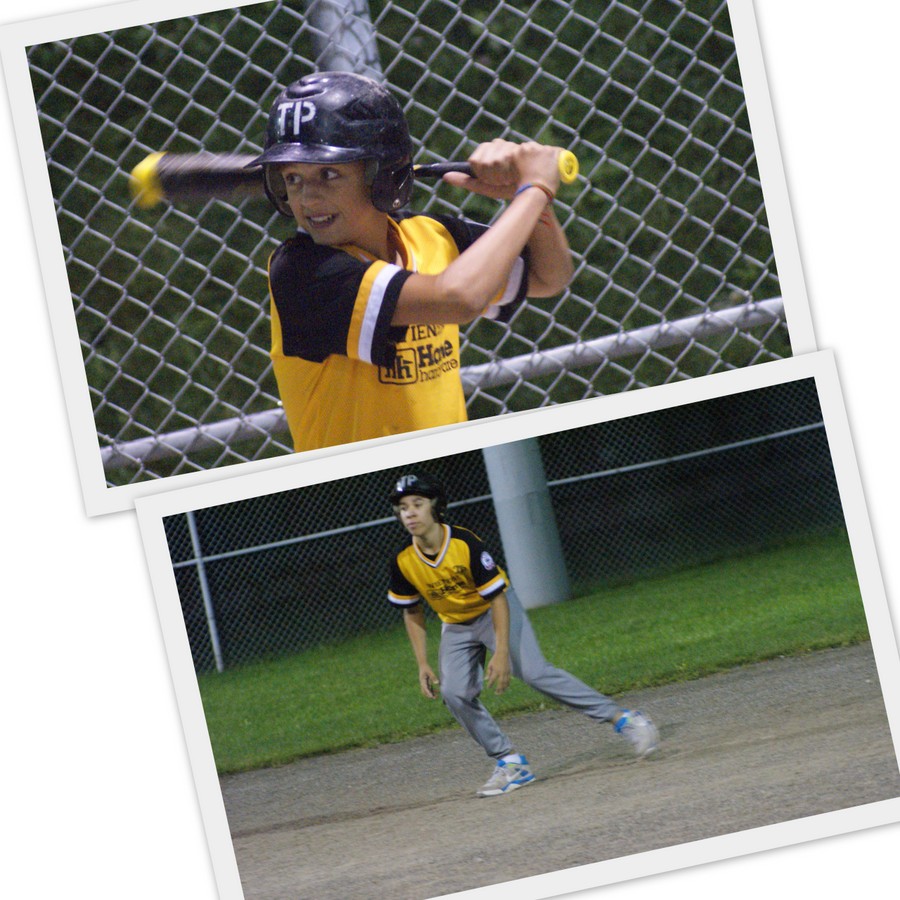 SEIZING THE DAY > With the score knotted at 11-11 and the winning run on base in the bottom of the eighth, ‘Fondue’ Simon (14) delivered a grace under pressure RBI double that allowed ‘Spitz’ Lukas (10) to blaze home from second and score the Orioles winning run over the Jays in the second extra inning at Christie Pits Diamond 2.

Under the lights on a serene September evening at Christie Pits Diamond 2, the Orioles edged the Jays 12-11 in an epic eight inning Peewee Division Semi-Final showdown.

In what was possibly the best Toronto Playgrounds Baseball Peewee Division semi-final game ever played, it was a titanic rock ’em sock ’em battle royale between two talented and well coached teams from beginning to end.

With the score deadlocked at 11-11 in the second extra inning, ‘Spitz’ Lukas (10) doubled to lead off the bottom of the eighth.

The TP Baseball Committee wishes to commend Jays Head Coach Matt Byrnes and Assistant Coaches Gordon MacLeod and Rebecca Wells Jopling, and all the Jays players on a great season.

The Orioles advance to the Peewee Division Championship Game on Thursday, September 12 [Christie Pits Diamond 2 at 7:45 p.m.] to play against the winner of  Tuesday’s Lizzies and Royals semi-final game.