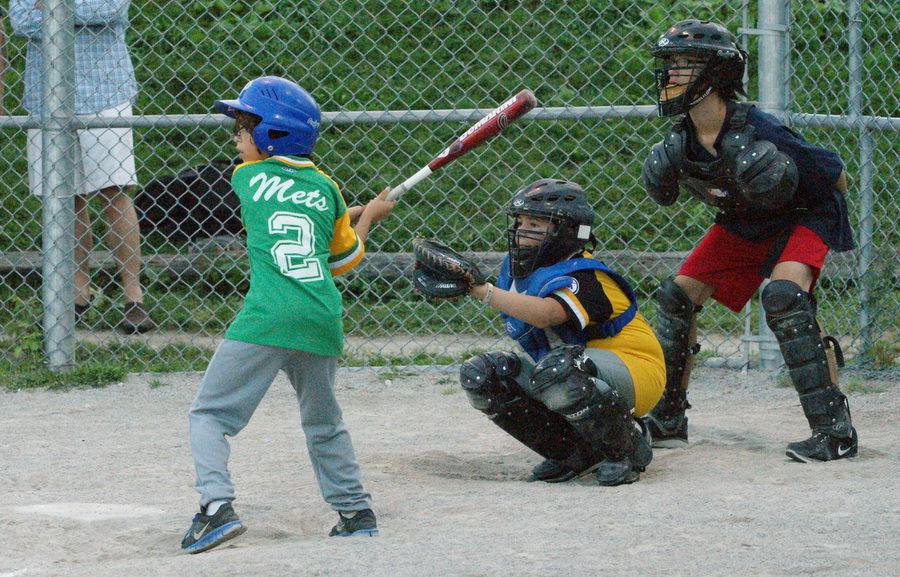 PIRATE SLAYER > With his mighty bat in hand, Jonah (2) went 3 for 3 at the plate [two singles, double] with 3 RBI’s to ignite the Mets to a 7-1 Mosquito Division Quarter-Final win over the Pirates at Christie Pits Diamond 2.

Beneath a layer of hazy and humid skies this evening at Christie Pits Diamond 2, the Mets defeated the Pirates 7-1 in five innings of Mosquito Division Quarter-Final action. 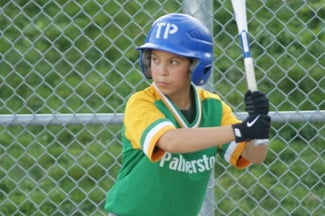 Niall (10) launched an inside the park home run to the deep recesses of centre field in the top of the first to propel the Mets to an early 1-0 lead over the Pirates.

With the convincing victory, the Mets advance to a Mosquito Division Semi-Final showdown against the top seeded Cardinals at Christie Pits Diamond 2 on Wednesday, September 11 at 5:45 p.m.

In a battle between two talented teams, the Metropolitans prevailed over the Buccaneers with some strong pitching and an offense that seized the moment when the opportunities arose during the proceedings.

After the Bucs scored a run in the first, two Mets pitchers [Nigel (5) and Aaron (9)] combined to keep the potent Pirates off the scoreboard the rest of the way.

Powering the Mets offense was Jonah (2) who went 3 for 3 at the dish [two singles, double] with 3 RBI’s.

And lest we forget, Niall (10) ignited the Mets offense in the top of the first with an inside the park home run to the deep dish pizza nether regions of centre field. Way to go, Niall!