WITH THE GAME TIED 5-5, THE ARTFUL DODGERS SLIDE BY THE METROPOLITANS WITH A RUN IN THE FOURTH TO PREVAIL IN A THRILLING CHAMPIONSHIP GAME AT CHRISTIE PITS 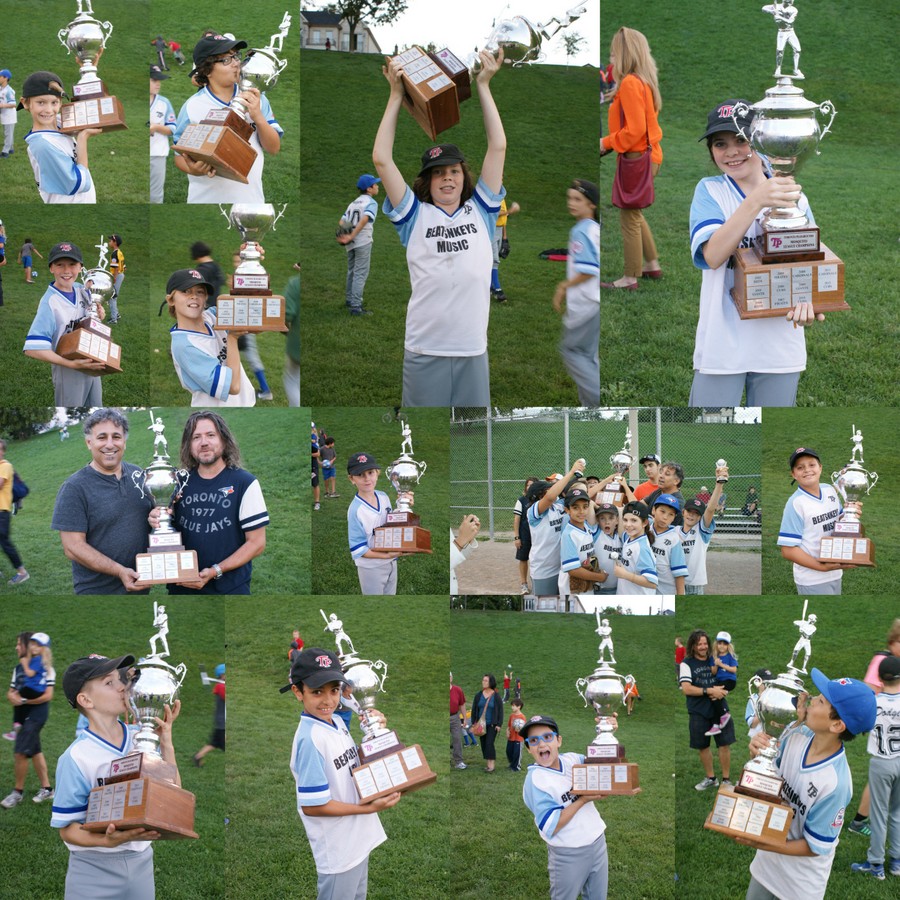 Beneath mild and sunny skies this evening at Christie Pits Diamond 2, the Dodgers edged the Mets 6-5 in a nailbiting 4 ½ innings to win the 2013 Toronto Playgrounds House League Baseball Mosquito Division Championship Game. 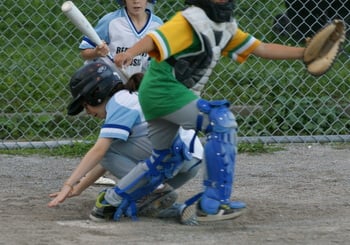 With the game tied 5-5, Olivia (6) blazed home from third in the fourth inning on a Mets error and slides safely by Mets catcher Simon (8) to score the Dodgers winning run. Olivia went 2 for 2 at the dish with a run scored and 2 RBI’s.

It was a thrilling seesaw battle between two talented and well coached teams, where both the artful Dodgers and the suave Metropolitans gave it their all from the first pitch to the final out. The Dodgers eventually prevailed because they were able to capitalize a tad more on the opportunities that were presented to them during the proceedings.

In a game where runs came at a premium, both squads had battled tooth and nail to a 5-5 draw after 3 ½ innings of play.

After Olivia (6) led off the bottom of the fourth with a single and Simon (14) followed suit to put two Dodgers on base, a Mets fielding faux pas followed that would allow Olivia to take third.

With the game on the line, the Mets committed an error, and Olivia seized her opportunity and blazed homeward like a cougar to score the Dodgers go ahead (and winning) run.

In the top of the fifth, the Mets refused to surrender and gamely put the tying run on base with two outs. However, Dodgers closer Jian (4) threw his second strikeout of the inning to record the final out and seal the deal on a hard fought championship victory.

The Committee wishes to congratulate Dodgers Coaches Ron Lopata, Sam Perri, Ben Gutman for guiding this talented group of Dodgers players to such great heights of achievement in 2013. Way to go, Dodgers!