Skip to content
Home » News » News » Tally-ho! A Splendid Time Was Had By One And All At The 2013 TP House League Baseball Derby For Distance Event! 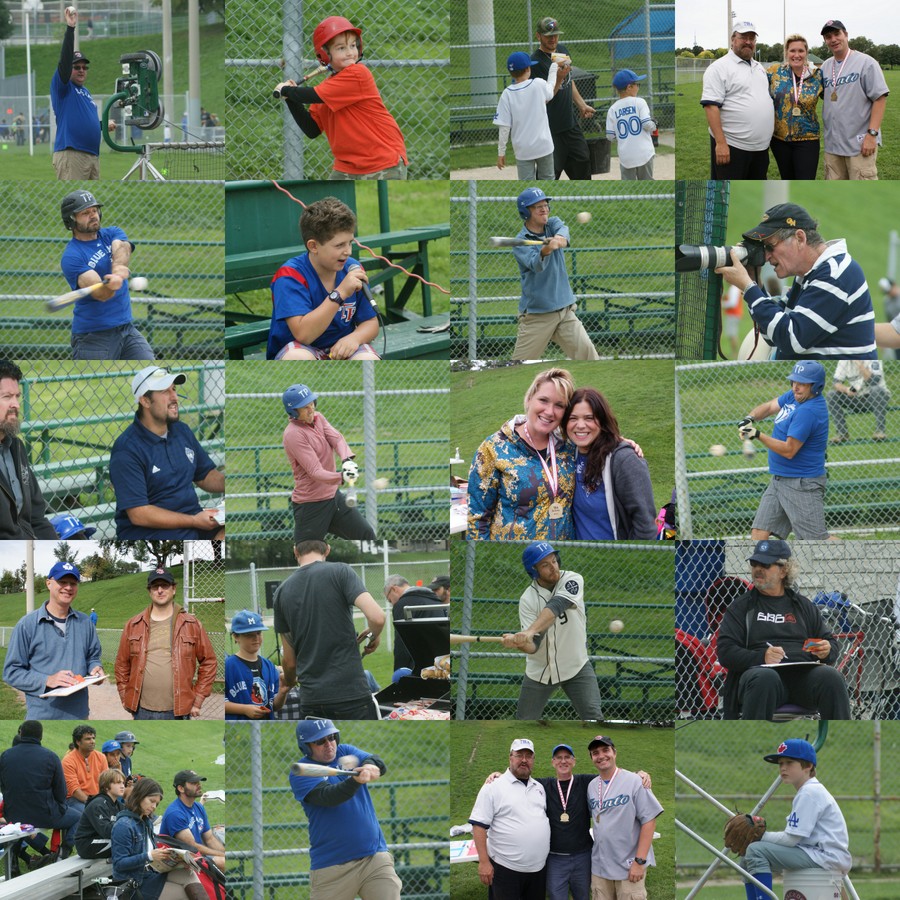 Beneath a layer of overcast skies today at Christie Pits, the TP Baseball Committee staged its second annual Derby For Distance fundraising event.

Although rain was in the forecast for Sunday, Mother Nature kindly kept the showers away and that allowed us to successfully stage the derby.

Over the course of five hours, batters (varying in age from six to sixty-five) stepped into the batter’s box on two diamonds to take their best swings at baseballs being fired out of a pitching machine at speeds ranging from 40 to 80 miles per hour.

Amidst a festive carnival like atmosphere, some great prizes from our sponsors were given away to our participants. Chief among the ducats was beautiful hand crafted wood bat from the Garrison Creek Bat Company .

Additionally, attendees and volunteers were treated to some delicious hot dogs, veggie dogs, chips, cookies and drinks at our TP Baseball Barbecue Zone.

It was the consensus at the end of the day that a splendid time was had by all in attendance at the Derby.

And our primary goal was achieved: to have fun while raising funds for new equipment, benefitting the children who play in our TP House League Baseball operations in future seasons.

The TP Baseball Committee sincerely thanks all the people who stepped up and volunteered their valuable time and energy to help us to stage the Derby. Whether it was fielding balls, feeding the pitching machine, keeping tabulation of the points, helping out at the registration and raffle table, setting up tables and equipment, grilling at the barbecue, etc., your contributions made the Derby For Distance fundraiser a fun filled and successful event for everyone involved.

And finally, the Committee wishes to thank Bill Evans and Reagan Maude for organizing the second Derby For Distance fundraising event. Without their tireless energy and logistical acumen, today’s Derby wouldn’t have been the rip roarin’ success that it was.