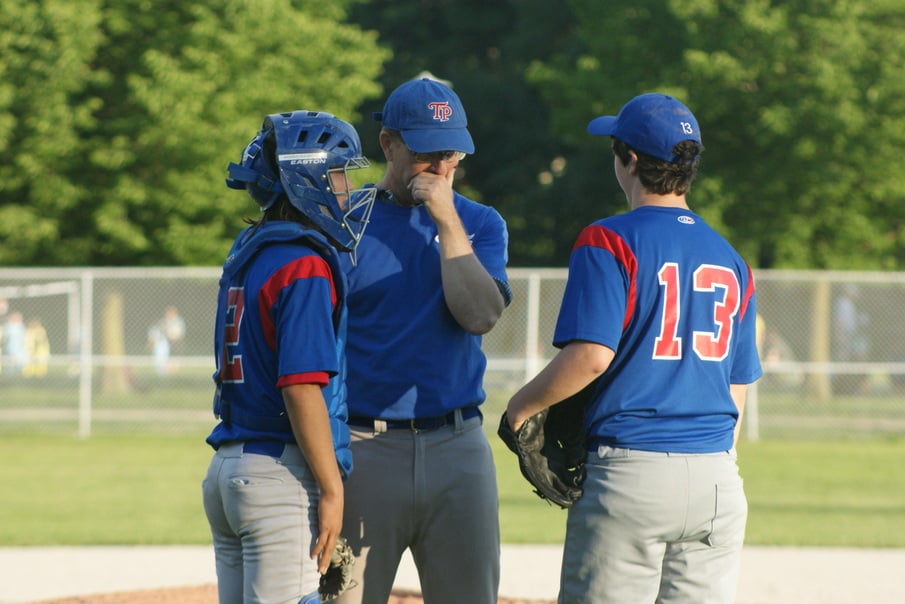 TP Bantam Select Head Coach Casey Irwin (middle) holds a mound conference with catcher Mikel (2) and starting pitcher Sam (13) during the first inning of their game against the Bloordale Bombers at Dominico Field at Christie Pits on June 21, 2013.

The TP Baseball Committee has finalized the schedule for its sixth session of Monday indoor tryouts to fill the roster positions on its respective TP Bantam (1999-2000) and Midget (1996-1998) Select Teams for the upcoming 2014 season.