DOWN 9-7, THE BLUE BIRDS RALLY FOR THREE IN THE BOTTOM OF THE FOURTH TO UPEND THE GO GO LIZZIES IN A THRILLER AT CHRISTIE PITS 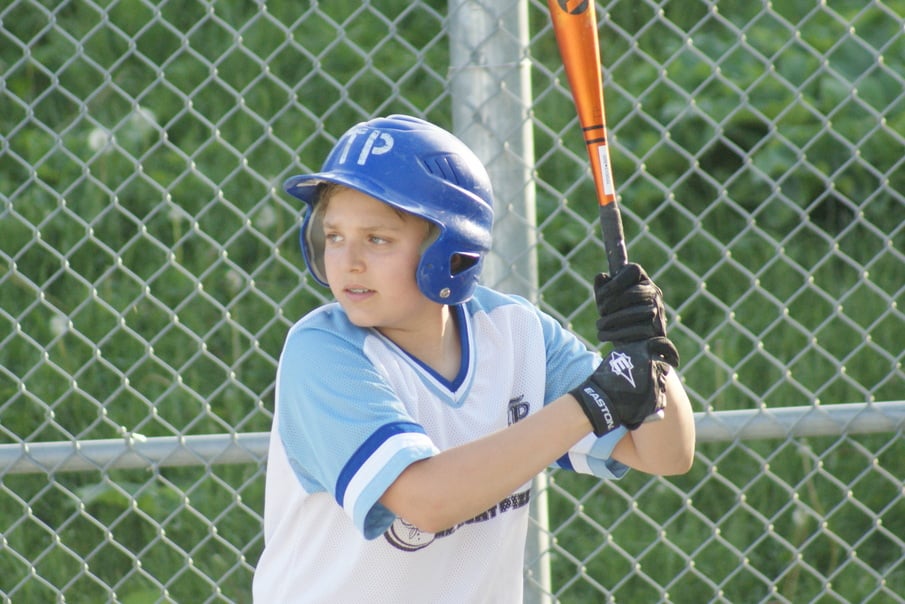 With the game tied 9-9, Christian (10) delivered a bases loaded two out RBI single to right field to drive in Jaleelah (6) with the Jays winning run over the Lizzies in the bottom of the fourth.

Under warm and hazy skies, the Jays edged the Lizzies 10-9 in four scintillating innings of Peewee Division action this evening at Christie Pits Diamond 2.

Trailing 9-7 in the bottom of the fourth, the Jays answered the clarion call and rallied in grand fashion to overtake the Lizzies and seize the golden egg of sweet victory. 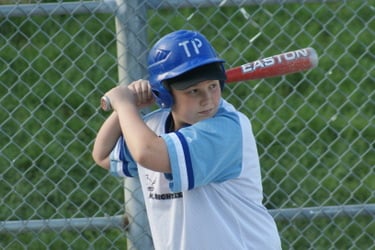 Connor (1) powered a two run home run to right field in the first inning to give the Jays a 2-1 lead.

After Jakob (2) led off the inning with a walk, Aden (8) stroked a RBI double that brought Jakob home and trim the deficit to one. Subsequently, Harrison (13) and Jaleelah (6) drew respective walks to load the bases.

With one out, Elena (3) exercised great discipline at the plate to draw a RBI walk which allowed Aden to saunter home and even the affair at 9-9.

After a fielder’s choice made it two outs, Christian (10) stepped into the batter’s box and delivered a grace under pressure bases loade RBI single to right field that allowed Jaleelah to motor home with the Jays winning run.

From beginning to end, the rock ’em sock ’em game between these traditional Peewee Division rivals was an entertaining affair played by two talented and well coached teams.

The Lizzies jumped out to an early 1-0 lead in the top of the first. After a double by Stefano (1), Jacob (2) stroked a two out RBI single to bring Stefano home with the game’s first run. With some defensive help from his teammates, Jays starter Aden (8) eventually subdued the Lizzies upsrising in the inning.

In the bottom half of the first, the Jays replied with a pair to take the lead 2-1. With two outs and a runner on base, Connor (1) powered a two RBI home run to right field to put the Blue Birds in flight. However, Lizzies starter Jacob (2) mowed down a pair of Jays to ground the Jays attack and limit them to two runs.

The Lizzies parlayed three walks in the top of the second into three runs to retake the lead 4-2. After a lead off walk, Hayden (6) sparked the Lizzies with a pair of stolen bases to reach third. In derring do fashion, Hayden would sprint home with the tying run on a wild pitch. 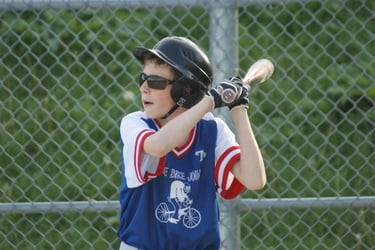 After a pair of one out walks to Isaac (14) and Ryan (15), Sebastian (4) would bring Isaac home from third on a dropped third strike. Subsequently, Ryan would score on a Jays wild pitch.

The Jays would answer with a run in the bottom of the second to trim the deficit to one. After a lead off single and stolen base by Jakob (2), Aden delivered a RBI sacrifice hit to bring the Jakob home. Lizzies reliever Daniel (9) struck out two Jays to close out the inning.

In the top of the third, the Go Go Lizzies would score four to widen their advantage to 8-3. With one out and a pair of Lizzies on base, Jacob delivered a RBI single to bring home Julia (11). Daniel would follow with a RBI single that allowed Liam (8) to come home to roost.

Next, Hayden hit a RBI single that brought Jacob home with the Lizzies third run of the inning. A dropped third strike during Flynn’s (7) at bat would allow Daniel to motor home another run.

However, the Blue Birds battled back with four in the bottom of the third to trail 8-7. With two outs and a pair of Jays on base, Curtis (4) stroked a clutch two RBI single to bring Elena and Dylan (15) homeward bound.

After a walk to Connor put two Jays runners on base, Kyle (5) powered a RBI double to deliver Curtis to the dish. A subsequent Lizzies wild pitch would allow Connor to score.

The Lizzies answered with a run in the top of the fourth to increase their lead to 9-7. With two Lizzies on base, Sebastian (4) hit a RBI single to bring Isaac home.

And it was at this juncture in the proceedings where the Jays came up to bat in the bottom of the fourth and came face to face with their moment with destiny.