TAKING NO PRISONERS, TORONTO PLAYGROUNDS BARRELS OVER THE A’s AT RAVINA GARDENS IN A TOTAL TEAM EFFORT TO EARN THEIR THIRD EBA SELECT VICTORY OF THE SEASON 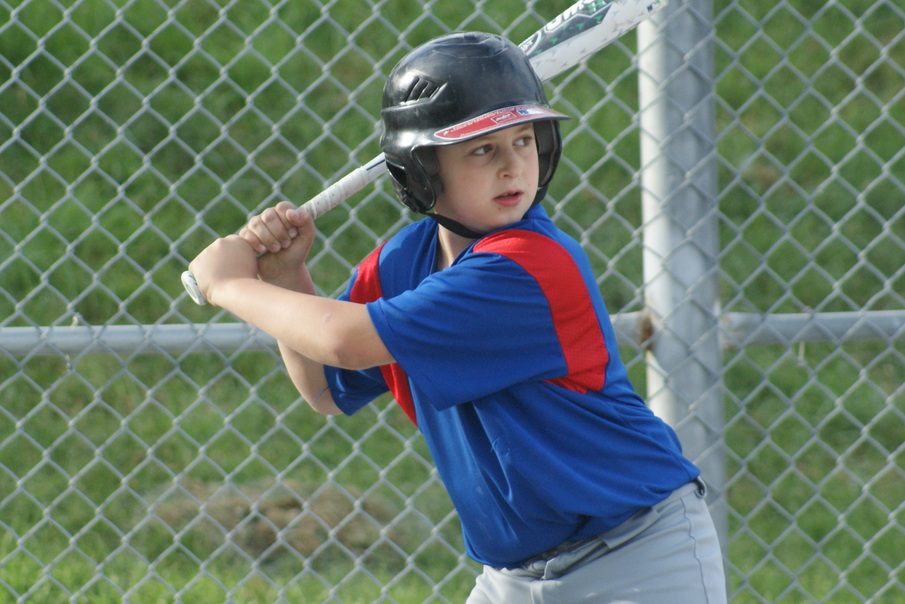 Piper (9) sparked the TP Mosquito Selects offensive surge against the Annette A’s with a pair of key triples and 3 RBI’s.

Beneath a blanket of glorious sunny and blue skies for miles around, our Toronto Playgrounds Mosquito Selects defeated the Annette A’s 11-1 in four fun innings of Etobicoke Baseball Association (EBA) Select action this afternoon at Ravina Gardens.

Firing on all cylinders from the first pitch to the final out, every Mosquito Select player made a contribution to a total team victory over Annette. 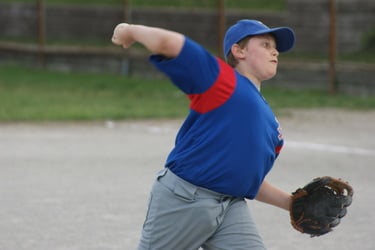 TP starter Aaron (18) threw two super innings where he allowed only one run while striking out three A’s to earn the win.

After a scoreless first inning, Toronto Playgrounds bats came alive in the top of the second as they took a 4-0 lead. Alden led off  the inning with a single and a stolen base. and Aaron (18) drew a walk to put a pair of TP runners on base. Unfortunately, Alden was doubled up by Annette defense on a hard hit line drive off of Adam’s (14) bat.

With two outs and a runner on base, Louis (16) stroked a RBI single to score Aaron from first. After Louis swiped a pair of bases to reach third, Alex (2) drew a walk. With runners on the corners, Piper smashed a two RBI triple to bring home Louis and Alex. At this juncture, the A’s defense made an infield error that allowed Piper to motor home with another run as the Mosquito Selects scored four with two outs.

Some solid TP pitching and defence held the potent Annette offense to a pair of hits and a run in the bottom of the second.

In the top of the third, TP patiently took what the A’s offered as they loaded the bases with two outs on a single from Dylan (11) and respective walks to Harris (12) and Jake (30) . After Dylan scored on a brazen steal of home, Alden drew a walk to juice the bases.  At this point, Aaron delivered a grace under pressure two RBI hit up the middle to plate Harris and Jake and widen the TP advantage to 7-1.

In the bottom of the third, the TP defence and reliever Alden’s stellar pitching held Annette to only a walk as they kept A’s off the scoresheet 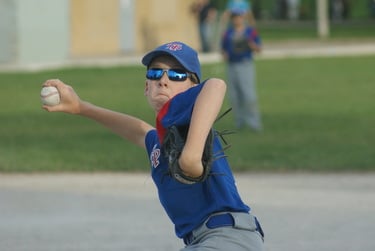 TP reliever Alden (7) tossed two stellar innings where he allowed no runs while fanning two to earn the save.

Going for the jugular in the top of the fourth, the TP bats continued their offensive assault as Louis and Alexander (2) stroked respective singles to put two runners on the basepaths, Louis would subsequently steal his way around the bases and come home with a run. Piper followed with a RBI triple from to score Alex and stretch the TP lead to 9-1.

After Jashan (3) kept the TP attack alive with a walk, Dylan delivered a RBI single to score Piper. Jashan would eventually come around to score on a fielder’s choice hit delivered by Nigel (20).

In the bottom of the fourth, TP reliever Alden recorded all three putouts [1-3; K and F1] to keep Annette off the scoring ledger in a tidy three up three down inning.

At the conclusion of the game, the TP players on the field and in the dugout rushed to the mound and surrounded Alden to celebrate the team’s third EBA Select win of the season. With this afternoon’s big victory on the road, the TP Mosquito Selects even their regular season record at 3-3.

In a postgame media interview, TP Mosquito Select Head Coach Bill Evans was effusive in his praise of the team’s effort on the diamond:

“I was so impressed to return to the diamond after two weeks away to see such an improvement in the field, on the mound and at the plate. With contributions from everyone today, these boys are rounding into one fine baseball team. Way to win for the Dads today!”

The TP Mosquito Selects are firing on all cylinders as they take a break from the EBA Select circuit and prepare to play in the Mississauga Majors Invitational Tournament which commences on Saturday, June 21 at 11:00 a.m.