DOWN 9-7, THE BLUE BIRDS RALLY FOR THREE IN THE FOURTH INNING TO TOPPLE THE MAJESTIC ROYALS IN A THRILLER AT CHRISTIE PITS 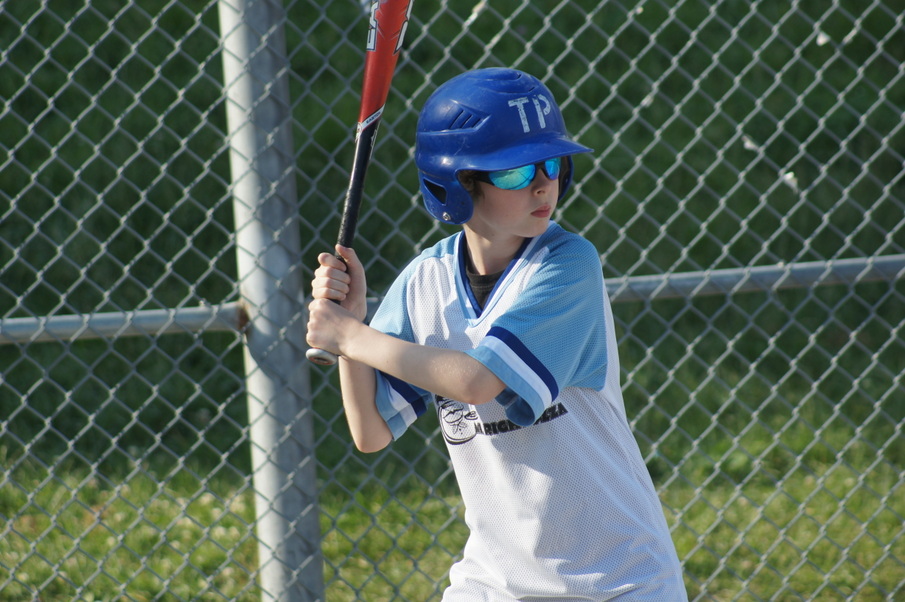 With the game tied 9-9, Harrison (13) exercised great patience at the plate to draw a one out bases loaded RBI walk in the bottom of the fourth inning that brought Aysha (7) home with the Jays winning run over the Royals.

Underneath a picturesque canvas of sunny and warm skies, the Jays edged the Royals 10-9 in four cardiac innings of Peewee Division play this evening at Christie Pits Diamond 2.

Trailing 9-7, the Jays rallied in dramatic fashion for three runs in the bottom of the fourth to usurp the Royals.

After Oliver (12) had led off the inning with a single and a stolen base, Iliana (9) delivered a RBI single that brought Oliver home and trim the deficit to one.

With Aysha (7) reaching base on a dropped third strike to put two runners on base at second and first, Iliana made a brazen dash to steal third. However, the throw from the Royals catcher sailed high and down the third baseline, which allowed Iliana to motor home with the tying run.

With one out, Jaleelah (6) would draw a walk and Curtis followed with an infield single to load the bases. At this juncture, Harrison (13) stepped into the batter’s box and exercised great patience at the dish to draw a RBI walk which allowed Aysha to saunter home with the Jay’s winning run.