TRAILING 6-4, THE ARTFUL DODGERS RALLY FOR FOUR RUNS IN THE THIRD INNING AND FEND OFF A TENACIOUS COMEBACK ATTEMPT BY THE PESKY LIZZIES TO HANG ON FOR A THRILLING VICTORY AT BICKFORD PARK 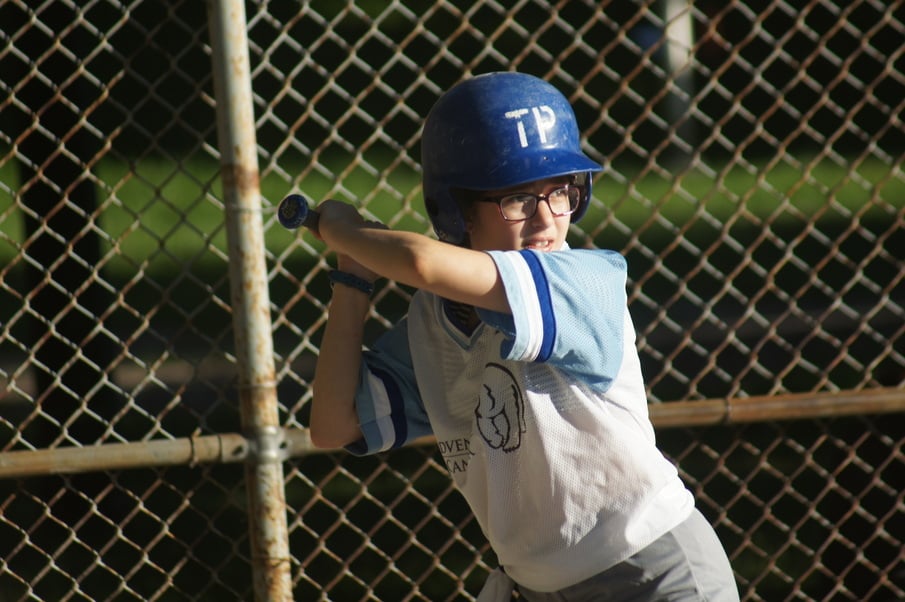 IN THE CLUTCH: With the proceedings tied 6-6, Mary (14) delivers a grace under pressure RBI single in the bottom of the third inning to bring Matteo (10) home with the Dodgers winning run over the Lizzies at the Bickford Park South Diamond.

Under a glorious blanket of warm and bright sunny skies, the Dodgers prevailed 8-6 over the Lizzies in 3 ½ riveting innings of Mosquito Division play this evening at the Bickford Park South Diamond.

In a highly entertaining and well played affair between two talented and well schooled teams, this game had an electrical intensity from the first pitch to the final out.

The Lizzies jumped out to an early 2-0 lead in the top of the first. After Sam (8) led off the inning with a single, Lewis (10) followed with a towering RBI triple to bring in Sam with the first run of the game. A Dodgers error would allow Lewis to saunter home with another run. 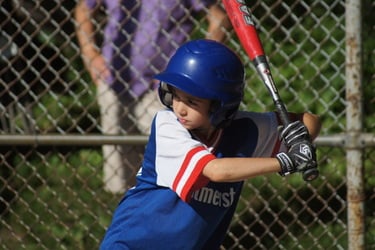 Lewis (10) went 2 for 2 at the dish [triple, single] to power the Lizzies offensive attack with a run scored and 3 RBI’s.

Exercising discipline at the plate, the Lizzies would draw three walks to load the bases. Shaken, but not stirred, Dodgers starter Devin (6) eventually found the groove as he struck out one and induced two pop up outs to extinguish the Lizzies insurgency.

In the bottom of the first, the Artful Dodgers answered back with a pair to even the proceedings at 2-2. After leadoff batter Avi (8) was hit by a pitch, Charlie (5) stroked a single to put two Dodgers on base. A subsequent Lizzies error would allow both to come home to roost.

With baserunners on third and second, Lizzies southpaw starter Sebastian (15) cooly struck out three to quell the Dodgers uprising.

Making hay of four walks, the Lizzies replied with four in the top of the second to retake the lead 6-2. With one out, Daniel (4) drew a walk and brazenly swiped a pair of bases to reach third. A Dodgers wild pitch would allow Daniel to motor home with the Lizzies go ahead run.

With two outs, Reid (13), Sebastian (9) and Sam exerted patience at the dish to garner three consecutive walks to load the bases for the Lizzies. Lewis followed with a clutch two RBI single to bring home Reid and Sebastian. A wild pitch by the Dodgers would allow Sam to steam home.

Taking advantage of six walks, the Dodgers answered back with two in the bottom of the second to trim the deficit to two. With two outs, Avi drew a bases loaded RBI walk to plate Mary (14). Charlie followed with another RBI walk to score Harris (12).

Digging deep into his reserve tank, Lizzies reliever Nathan (1) would fan the next batter to leave the bases loaded and extinguish the Dodgers rebellion.

Dodgers reliever Harris (12) would mow down three Lizzies in the top of the third to keep them off the scoresheet and keep his team with striking distance.

In the bottom of the third, the Dodgers made the most of their opportunities as they parlayed two hit batters, two walks and two key hits into four runs to take an 8-6 lead. After Devin and Lachlan (9) reached base after being hit by pitch to lead off the inning, they boldly exercised a daring double steal. With the Lizzies catcher’s throw to nab Devin at third sailing high and down the third baseline, Devin and Lachlan motored home to tie the proceedings.

With two outs and Matteo (10) at third, Mary (14) delivered a clutch RBI single to bring Matteo homeward with the go ahead run. After a walk to Harris, Taras (15) would stroke a RBI single that allowed Mary to blaze home with an insurance run.

Refusing to accept defeat, the Go Go Lizzies loaded the bases in the top of the fourth in a determined comeback bid. However, Dodgers closer Lachlan (9) eventually mowed down three Lizzies to extinguish their rally bid and seal the deal on a hard fought win.